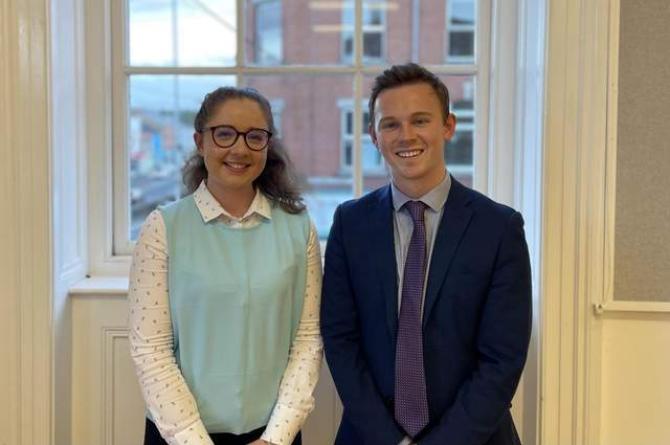 A new Alliance Party councillor has spoken of her desire to establish a youth forum shadowing Armagh City, Banbridge and Craigavon Borough Council.

Replacing former councillor Eoin Tennyson, who is now an MLA, in the Alliance Party’s ranks on the local authority, Councillor Jessica Johnston told the Local Democracy Reporting Service she hopes such a forum will encourage young people to participate in local politics and help fresh ideas flourish.

“In the next year that I have as a councillor before the local elections, I would like to explore the idea of a local youth forum/council to be set up to shadow Council to bring fresh ideas forward our young people in the area,” she said.

“I would also like to support and work on ideas to bring more economic regeneration to local town centres, for example in Dromore, and to improve community relations across the borough.”

Having lived in the Lagan River constituency since birth, Cllr Johnston attended both Lurgan Junior High and Lurgan College before undertaking a undergraduate degree in International Studies and Politics at Queen’s University Belfast and completing a Masters in International Public Policy.

“I studied politics for my A-Levels with the intention of dropping it at the end of Year 13,” said Cllr Johnston.

“However, I soon realised I have a strong interest in it. I want to join a party that has strong policies in support of integrated education, environmental protections and women’s rights so I signed up to be an Alliance Party member.

“I didn’t think elected politics was where I would be at this age but I’m glad to have taken the opportunity and hopefully it will encourage more young people, in particular young women, to participate in politics.

“My day job is in a widening participation programme at QUB that gives young people who are less likely to attend university the opportunity to do so. It also aims to encourage young people to stay and study in Northern Ireland.

“Education is a passion of mine, particularly integrated education and widening access to education in Northern Ireland. These are all things I hope to see develop further in the coming years.”