Rushmere Shopping Centre "likely" to be put up for sale 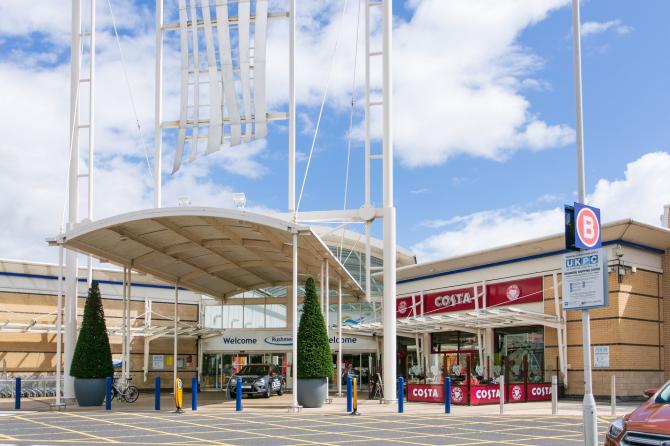 The report details that the company behind the Rushmere Shopping Centre suffered financial implications after key tenants Debenhams and the Topshop/Arcadia group fell into liquidation.

Administrators were appointed to Central Craigavon Limited on April 7 this year after the Bank of Ireland secured tens of millions of debt.

The COVID-19 pandemic has also played a part as the number of customers entering the shopping centre fell, meaning some tenants paid reduced rents.

Furthermore, the shopping centre received a blow early this year as Sainsbury’s announced its closure as a key tenant.

Central Craigavon's accounts for 2019 showed a loss of £32m after the valuation of its assets was cut by £37m.

Those assets include the 480,000 sq ft shopping centre, home to around 75 tenants, as well as the adjacent retail park, which comprises 10 units, a McDonalds drive thru and Sainsbury's fuel court.

The administrators said they are continuing on a “business as usual” basis, but added: “It is likely that the asset will be brought to market for sale in the coming months and we are currently finalising our strategy, approach and timelines in this regard.”

They also confirmed that Primark took on 50 per cent of the former Debenhams unit from March 2022.

The report adds “the shell unit [is] due to be handed over in the coming months once agreed alteration works have been completed”.

It confirmed Central Craigavon Ltd has around £5.2m in the bank, with some £2.6m owed when it entered administration. The joint administrators said the debts “continue to be collected post appointment to every extent possible”.

However, based on the level of secured bank debt, they ‘do not envisage that there will be sufficient funds available to make a distribution to unsecured creditors'.

The report has to date identified around £581,794 in unsecured debt, with around half owed to companies within the Moyallen group.

The administrators said monies owed to HMRC are still to be confirmed.