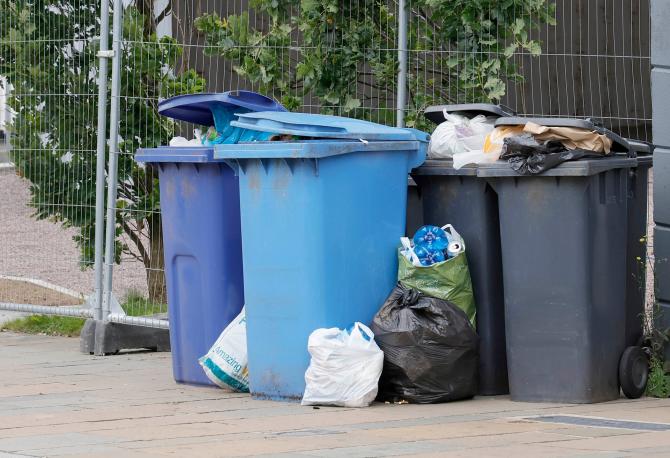 A fifth week of strike action has seen excessive rubbish around the ABC Borough Council.

A stand-off between trade unions and the Armagh, Banbridge and Craigavon Borough Council, which led to strike action, could soon be resolved after more than five weeks.

Both the council and trade unions have issued statements that reference resolutions in bringing the dispute over pay to an end.

Fly-tipping and excessive rubbish has been a constant theme over the last number of weeks as litter has been dumped on pavements outside New Line Recycling Centre in Lurgan and the New Line country road.

Street bins in Lurgan and Portadown have also been left overflowing, causing frustration amongst those in the community after strike action began on August 15.

Strike action began on August 15, with members of Nipsa, GMB and Unite taking part after talks over a pay rise for staff failed.

Action had been postponed while negotiations took place over a pay deal, but this was later rejected.

According to the council, the offer included an organisational-wide pay and grading review, reinforcing commitment to addressing issues of assimilating staff to new structures, and an offer of £1,400 to all staff, spread across two £700 payments in 2022/23. This would have equated to a £2.3m additional payment to staff.

Unite confirmed that industrial action “is ongoing”, but refuted speculation that talks between the council and union had stalled, adding “engagement by the trade unions with management” is also continuing.

Unite said it understood that there may be “developments in the near future” and is awaiting confirmation with the other unions involved in the industrial action. A statement will be issued when this is received, it added.

After the death of Queen Elizabeth II, the council announced that visible picket lines would be suspended and issued a joint statement with the trade unions facilitating the strike action.

It said: “Following the sad news of the death of Her Majesty Queen Elizabeth II, in recognition of the need to prepare towns and villages for a period of mourning, the joint trade unions have agreed to allow workers taking industrial action to carry out essential work within our town centres over the weekend. There will be further updates throughout the week.”