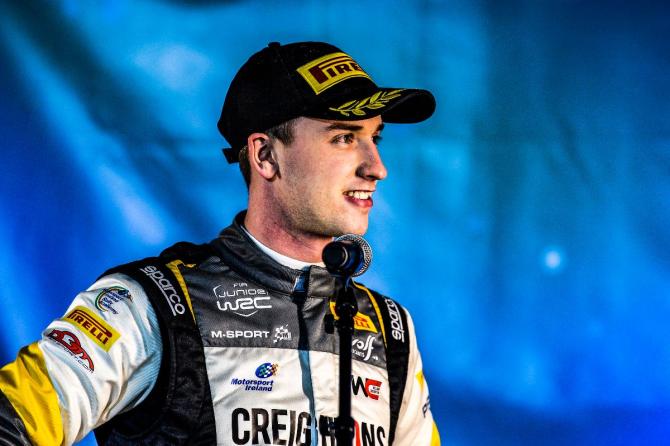 Creighton, 24 from Moira in Co. Down stormed to his maiden Junior WRC podium and third place last time out, despite making his Rally Sweden debut, to get his 2022 campaign off to an impressive start.

Now, Creighton and co-driver Liam Regan will continue their championship battle at the Zagreb based asphalt event but will head to the Central European rally with the benefit of previous experience, having tackled the event last season on their Junior WRC launch.

With around 300km of special stages spread across three days of action, each test offers a dynamic mix of unique characteristics, with narrow countryside roads, blended with high-speed sections and undulating asphalt segments.

And Creighton can call on his experience from last season to head into the second round of the championship with an uplift in confidence.

“I`ll admit that Rally Sweden really was a rally of unknowns for me and there were quite a few challenges to face on a pretty critical round of the championship,” says Creighton.

“So to come away from a rally that I had no experience on, driving on a surface that was largely unknown with my best ever Junior WRC result was a really positive start. It certainly means we can head to round two with more confidence, knowing that we have last years’ experience to draw on this time around”.

But Creighton will not be able to rest on his laurels as he will be behind the wheel of the four-wheel-drive M-Sport Ford Fiesta Rally3, a significant difference from the two-wheel-drive Rally4 Fiesta he campaigned last season
.
Creighton ensured he is match fit for the tricky unforgiving asphalt roads by tackling the West Cork Rally last month and showed a blistering pace on Irish soil by scooping a sensational ninth overall in the combined International and Modified categories.

An outing at this weekend’s Circuit of Ireland Rally will also be of benefit to ensure he heads to Croatia with the best possible chance of a top result.

Aiming to steal valuable points from Creighton is a plethora of rapid drivers all eager to do the same, but the signs of repeat success are all there for the progressive youngster.

“It certainly wasn’t a trouble-free Croatia rally for us in 2021 but we still managed to set some top three times along the way. If we can get a clean run, I think we can do well and added to our Sweden result, I would hope we are pushing towards the front. I really enjoyed the rally last time and I just need to be conscious that I`ll need to be fast straight out of the blocks. I`m looking forward to seeing what we can do”.