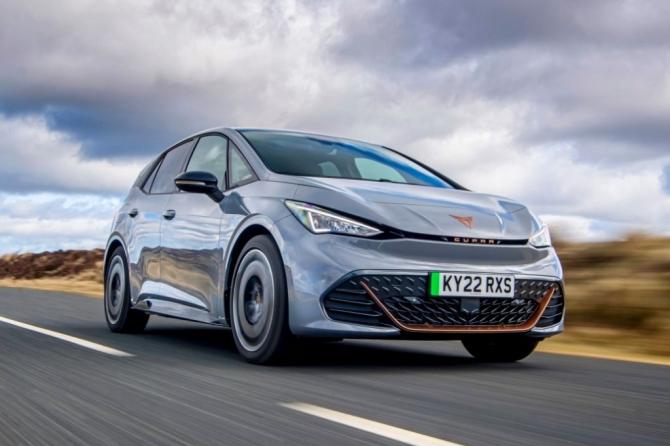 Alfa Romeo, Kia and Cupra were among the big winners following the latest round of the European New Car Assessment Programme (NCAP) crash safety tests.

All three achieved five-star scores with their Tonale, Sportage and Born passenger vehicles, while the T-Class and Bitan Tourer MPVs from Mercedes-Benz earned four stars.

The Tonale – the first all-new model from Alfa Romeo since the Stelvio in 2016 – met all requirements for a five-star rating, despite lacking centre airbags and proving to be an aggressive collision partner in frontal crashes, Euro NCAP said.

“Overall, the SUV performs well in car to car and car to vulnerable road user crash avoidance tests and it offers an Attention Assist system that can detect driver drowsiness.”

The Sportage also attracted praise and just like the Hyundai Tucson with which it shares its architecture and other hardware, managed a perfect score.

“It is equally well equipped and scored very similarly in safety tests, earning five stars as well,” were the findings of crash test officials. “The same can be said of the Cupra Born – the Volkswagen Group’s sportier alternative to the ID.3.”

A new centre airbag for additional far-side impact protection and high performing active safety features came into their own for the two van-based Mercedes-Benz products.

Other new metal scrutinised included the Toyota Aygo X – the latest new arrival in the highly competitive supermini segment. It could only manage four stages due to it forgoing “some advanced safety systems”.

Another four-star performer was BMW’s all-electric compact executive i4. “This shows that luxury does not always means better safety performance,” said Euro NCAP.

“Equipped with a similar sensor set to the 3 Series tested in 2019, the gran sedan missed out on some critical crash avoidance points and achieved a four-star rating.”

Giving his reaction to the Born’s success, Dr. Werner Tietz, Executive Vice-President for Research and Development, said: Cupra is committed not only to bring emotions to the electric world, but also the highest safety standards to the market.

“We’ve proven this before with Cupra Formentor and Cupra Leon, and now we’ve continued our commitment to safety with the Cupra Born’s five-star rating.”