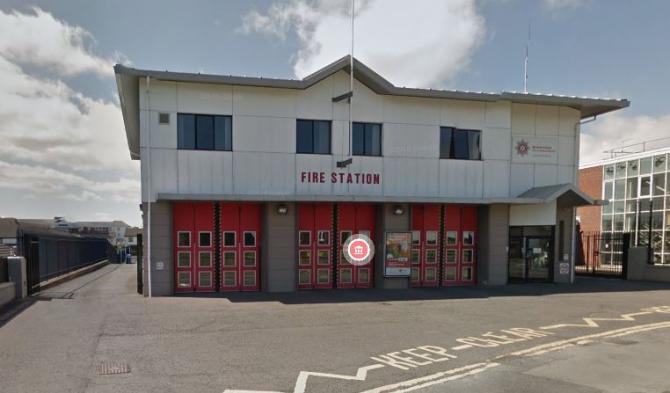 Those behind a spate of grass fires in Craigavon over the course of the last week should cease immediately, a local councillor has said.

Sinn Féin's Catherine Nelson is appealing to those involved to think about their behaviour.

Her appeal comes as the Northern Ireland Fire and Rescue Service told Your Lurgan that they have had to deal with six grass fires over the course of the last seven days, including three inside an eight-hour period on one particular day.

The first was on Wednesday, July 14, 2021 at 5.02pm at Lakeview Road. One appliance from Lurgan Fire Station attended the incident, using one hose reel and three beaters jet to extinguish the fire, with the incident being dealt with by 5.24pm.

The next day, at 3.90pm, an appliance from Lurgan again attended a fire on Highfield Road. A hose reel jet was used to extinguish the fire and the incident was dealt with by 3.23pm.

Monday past, July 19, was the busiest day for the NIFRS for putting out grass fires. Their first call-out was at 2.27pm at Central Way when firefighters were called to reports of an area of grass on fire near the Rushmere Shopping Centre. An appliance from Lurgan station used a hose reel jet and two beaters to extinguish the fire. The incident was dealt with by 2.29pm.

Just under 40 minutes later, at 3.07pm, an appliance from Lurgan was dispatched to Lakeview Road. They used a hose reel jet and three beaters to extinguish the fire and the incident was dealt with by 3.26pm.

Later that evening, at 9.50pm, an appliance from Lurgan was called to reports of approximately 20sqm of grass on fire. They used one hose reel jet to extinguish the fire and the incident was dealt with by 10.17pm.

The next evening, July 20 at 7.06pm, a crew from Portadown attended Highfield Road following reports of a small area of gorse on fire. A beater was used to extinguish the fire and the incident was dealt with by 7.31pm.

In all of these cases, the cause of the fires is believed to have been deliberate ignition.

Cllr Nelson said the fires were “a huge drain on the resources of our fire and rescue service who could be needed elsewhere to save lives.

She added, “I have asked our community safety wardens to place a particular focus on the area around Mandeville Manor where some are gathering to set fire to the grass.

“This is of grave concern as residents nearby report the fires close to oil tanks.

“In the coming days we will engage detached youth, NIFRS and community police in the hope that a multi agency approach can help address the issue.

“In the meantime I would ask those involved to think about how this behaviour could result in a serious house fire or loss of life and to cease immediately.”