MP steps it out for Orange fundraiser 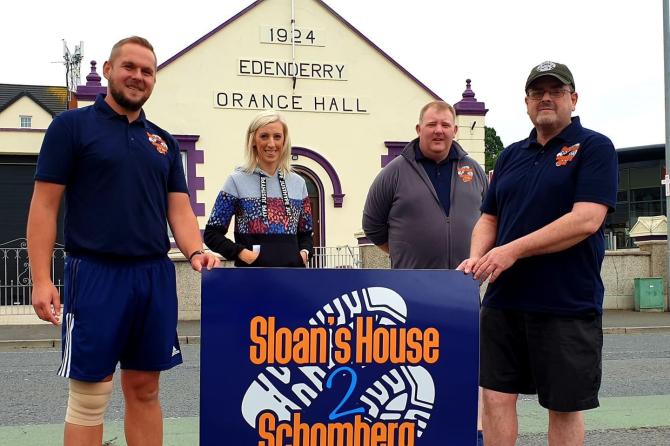 DUP MP Carla Lockhart has put her best foot forward in support of a fundraiser for the Drew Nelson Legacy Project, by joining three Orangemen on a 38-mile charity walk from Sloan’s House in Loughgall to Schomberg House in Belfast.

Ms Lockhart said: "Drew Nelson was a great man, and his legacy lives on within the Orange Institution, but also within the wider community where the footprint of the positive contribution he made to Northern Ireland remains for all to be seen.

"It was an honour to join them as they walked through Upper Bann on this legacy walk in Drew’s memory, and to help them in this fundraiser. Drew was a great encouragement to me in my early political career and a source of good advice. He is sorely missed.

"I want to congratulate Keith, Jonny and Jonathan for this achievement, and for the money they have raised. Knowing Drew, he would be proud of these three friends.

"You can still donate in support of the walk by visiting their Facebook page Sloan’s House 2 Schomberg House."