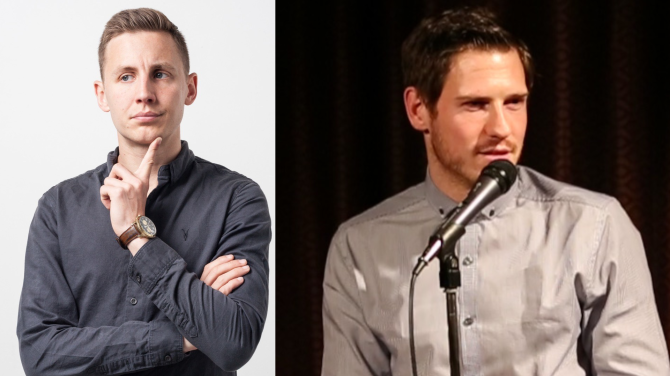 Shane Todd and Lurgan comedian Sean Hegarty are amongst the players lining out on Sunday.

He might be known for his comedy...but Shane Todd will be swapping his microphone for a pair of football boots this weekend.

The Holywood man will be taking part in the Emerge Invitational League which was set-up specifically for players over the age of 35 to help promote mental and physical wellbeing.

Shane will be playing for a comedian's team against Oxford Sunnyside at Knockrammer Park in Lurgan on Sunday (KO 1:30pm).

The comedian, who is known throughout Northern Ireland for making people laugh with his various characters, took to social media in the hope of finding a kit to wear for him and his team-mates.

After several requests and messages, it would prove to be Crewe United FC who would show their support as the Glenavy side offered their assistance.