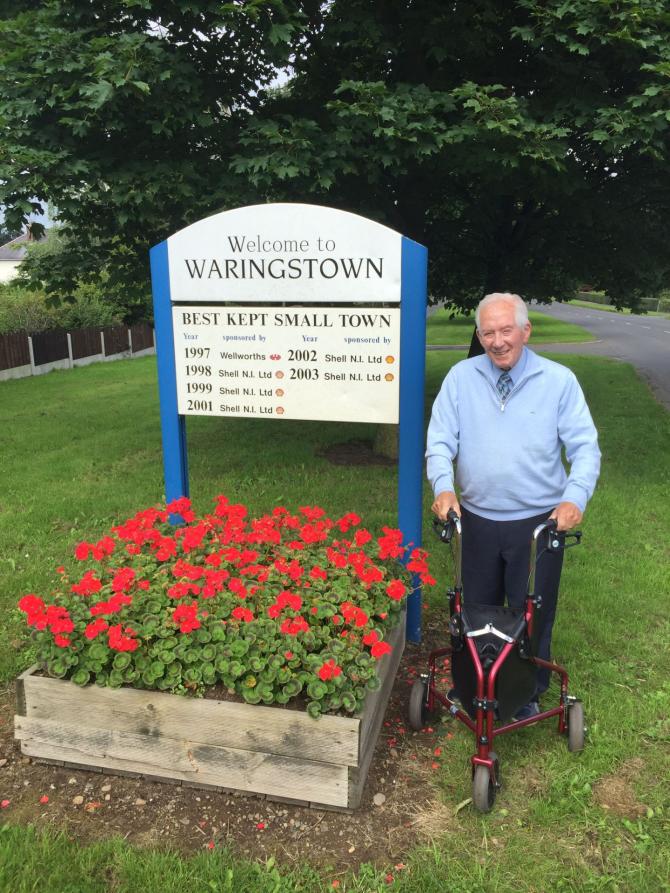 A Waringstown man is proving that age is just a number as he is currently completing a life cycle from the comfort of his own home to raise funds for charity.

Jim Copeland, who is 95-years-old, will be covering over 180km on an exercise bike to retrace all the places he has lived throughout his life.

Jim's challenge started in Lurgan over a week ago and he will reach destinations including Waringstown, Bangor, Dungannon, Killyman and Aughnacloy in County Tyrone in the coming weeks.

All funds will be going towards the Charlene’s Project, in memory of Charlene Barr who sadly passed away in October 2010.

Speaking to Your Lurgan, Jim insists that he wanted to complete the challenge to keep active, as well as supporting such a worthy cause.

"The reason I am doing this cycle is because at the end of it I hope to feel stronger and fitter than I am now,” he said.

“During this pandemic people like me were locked in our own houses, I am 95 years old and was fairly active before it started.

“As I was on my own, I sat around too much and as a result my limbs got weaker and I fell a few times.

“I needed medical attention and I’m still on painkillers and get around with the help of a rollator.

“Now that I am living with my daughter Janice and her family I want to get back to full strength again.

“Secondly, I’m trying to raise as much as I can for Charlene's Project because the COVID-19 pandemic has cancelled a lot of fundraising events and much needed money was not forthcoming."

Charlene was seriously ill with cystic fibrosis from birth but after a trip to Uganda in 2008 she thought the children there were worse off than she was.

As such, she wanted to give back and in the last year of her life she raised over £100,000 to build a school for some of these children before sadly passing away at the age of 20.

Charlene’s family carried on her vision and the Project now want to build a secondary school in Uganda in her memory.

Jim has set a fundraising target of £5,000 with all donations going towards helping children on the other side of the world.

"Charlene spent so much of her short 20 years on this earth in hospital fighting for her life but she never complained,” he said.

“In the last year of her life she decided to raise money for children in Uganda to build a school for them.

“I saw her fundraising efforts such as leaving the City Hospital with a drip in her arm and abseiling down the Europa Hotel.

“Over £800 has already been raised and I would like to thank everyone who has supported me.

“The money raised will help Charlene's Project as they begin building a Secondary School for the children who attend the neighbouring eight Primary schools they are working with in a remote area of western Uganda.

“COVID has caused major disruption to children's education there and recently during the Uganda second lockdown, Charlene's Project has been providing home lessons for the children.”

After starting his journey a little over a week ago, Jim was pleased to pass through Waringstown before making his way to Moira.

"I lived in Waringstown for 29 happy years and remember being part of the Waringstown in Bloom team with my wife Margaret when we did all the flowers to make the village beautiful and our wee group were very proud to win these awards,” he recalled.

“Following that, I made slow but steady progress continuing and virtually on the Springhill Road, Dollingstown on way to Magheralin and then onto Moira.

“There is a long road ahead but I’d like to thank everyone for their support.”