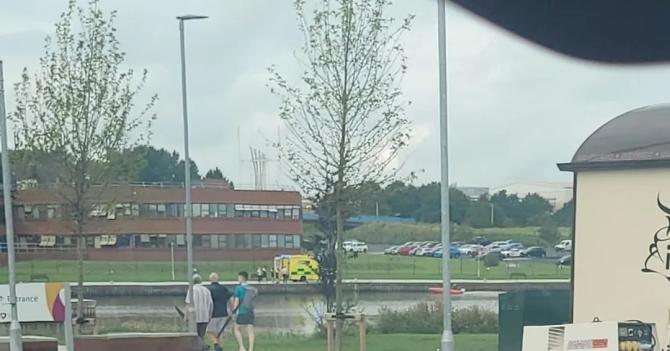 There have been urgent calls for railings to be erected after a mother and her child had to be rescued from Craigavon Lakes.

The pair were rescued from the harbour area in from of Craigavon Civic Centre, according to Save Craigavon City Park and Lakes.

“The pram rolled off the pavement and into the water and the child's mother jumped in after it,” said the group.

“Both had to be rescued and thankfully we have been advised that they are OK. A massive well done to all of those involved in the rescue.”

The group added that “this is not the first time that this has happened”.

They continued: “The pavement slopes the whole way around and there are a large number of people now using the area.

“it is now time for Council to act to erect railings around the area as a matter of urgency.”