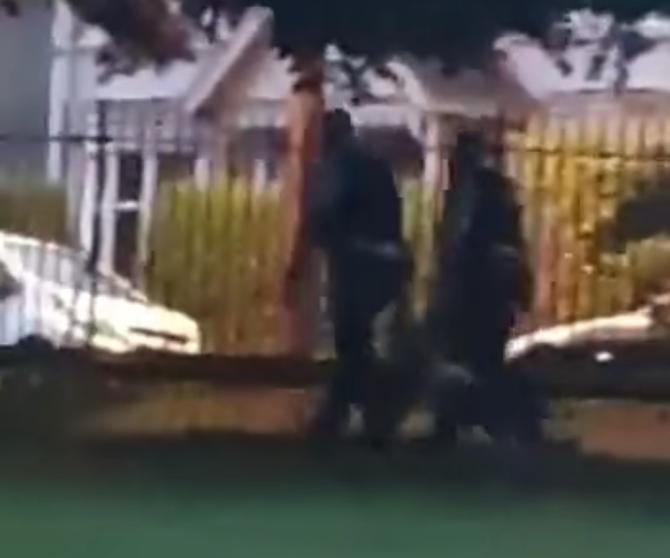 The Police Ombudsman’s Office is appealing for information after a video has surfaced online which appears to show police officers dragging a wheelchair user along the ground in Lurgan.

A video of the incident – which took place in Lurgan Park on Monday, July 26 – appears to show two officers each holding an arm and dragging a woman towards the gate of the park.

Furthermore, a still photograph from the incident has also been shared widely on social media which appears to show an officer pushing a wheelchair out of the park.

The full circumstances of the incident have yet to be made public, although the PSNI Ombudsman’s Office are keen to speak to a male witness who was present between 9:05pm and 10:05pm.

A spokesperson said: “We are appealing for witnesses who may have observed a female wheelchair user being removed from the park by police and placed into their vehicle.

“Police have reported to our investigation that there was a male witness at the scene who spoke with police when they attended.

“We would be particularly keen to speak with this man or any other witnesses to the incident who saw what happened or recorded video footage of the incident on their mobile phone."

Speaking at the time, Assistant Chief Constable Bobby Singleton said: “We are aware of a video which has appeared on social media showing part of an incident involving two of our officers and a member of the public. This has given rise to serious community concerns.

“The full circumstances of this incident are currently being assessed and the Police Ombudsman has been notified. There are no further details at this time.”