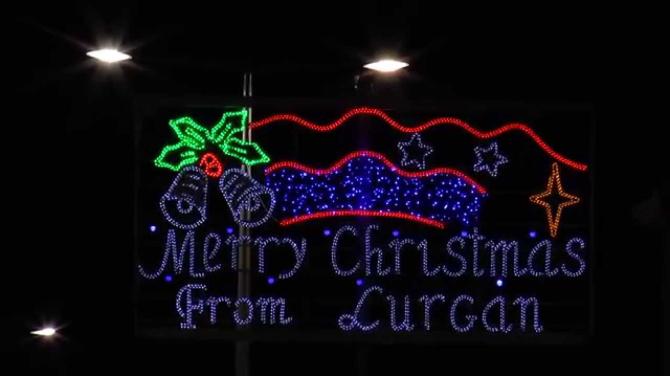 It might only be September but the countdown to Christmas 2021 is on in Lurgan.

That's because the town's Christmas lights are set to be switched on on November 13.

Armagh City, Banbridge and Craigavon Borough Council’s plans for Christmas 2021 have been approved by the local authority’s economic development and regeneration committee.

The matter was discussed at a meeting of the committee on Tuesday, February 14.

Committee members were presented with a report that notes Christmas is a strong trading period for the business community and there is a need for Council and its partners to encourage residents to shop local during this period.

The report also told members officers plan to see the urban centres of Banbridge, Dromore, Lurgan and Portadown animate their high streets across different weekends in November and December culminating in the lights switch on in the respective towns.

In Armagh, activity has focused on the planning and delivery of a Georgian Day and its associated programming.

It is felt this approach will allow people to visit their urban centres throughout the afternoon and enjoy safe, family festive activities where numbers can be controlled, thereby animating the space, creating atmosphere and encouraging local shopping.

With regards to Craigavon, the report confirms officers are still in discussions with local schools to agree the best way to mark the festive season and switching on of the Christmas lights.

Plans are also in place to hold virtual Christmas celebration events through social media and plans are underway for a bookable, safe, silent Christmas event so that every child and family will have the opportunity to feel part of the celebrations.

Officers have also recommended free off-street parking on the three Saturdays in December prior to Christmas.

It is anticipated offering free parking on these days could cost Council up to £22,000 but the budget for this approach has been identified within current budgets.

Councillor Paul Greenfield thanked officers for the report and proposed the recommendations were adopted.

Councillor Sam Nicholson said he was happy to second the report and stressed the importance of the shop local brand to help businesses recover from the pandemic.

Alderman Stephen Moutray praised the report’s “balanced and sensible” approach to Christmas and described it as the best way to go forward.

Councillor Thomas O’Hanlon asked about twilight markets to encourage people into smaller towns and villages at this time of year and asked if there was any reason the event were not being held.

Council’s head of economic development, Nicola Wilson said Council continues to follow the advice from the Public Health Agency and having considered it, officers were not of the belief it was the best way forward.

“We are convinced we should not be recommending twilight markets at the moment from a health and safety point of view,” she said.

Cllr O’Hanlon expressed his disappointment with this response and claimed he was of the view this was “walking away from rural areas”.

“If we can’t have the markets then why are we operating market stalls in our town centres? To me that just doesn’t make sense,” he said.

“I would be keen that is teased out and brought back.”

Alderman Sydney Anderson asked if Friday, December 24, could be included as a day for free off-street parking in town centres and was told that would not be a problem.

The committee then voiced its agreement with the proposal to approve the recommendations.