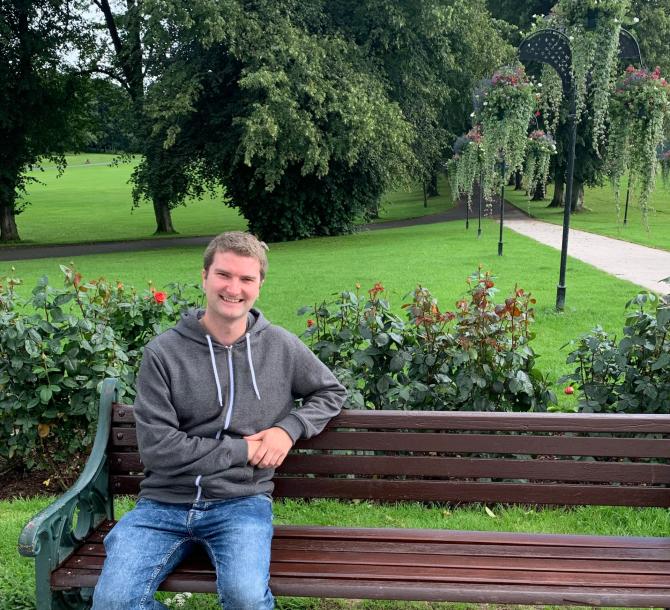 Armagh City, Banbridge and Craigavon Borough Council’s leisure and community services committee has given its backing to a scheme designed to encourage people to come together and chat.

At a meeting of the committee on Tuesday, September 13, members heard how the chatty bench initiative is designed to encourage people to talk and helps to tackle loneliness.

Members were advised the budget required for the project will be £3,000 and this is subject to being included in the community development covid response plan for 2021/22.

Lurgan councillor Louise McKinstry said she was happy to propose the  progression of the initiative.

“I am through Lurgan Park a lot and there are loads of benches but to have one specially designated for those who want to sit is, I think, a great idea,” said the UUP councillor.

“I am happy to propose that this recommendation is progressed.”

Independent councillor Darryn Causby said he appreciated the time and effort that had gone into this report but questioned why a chatty bench in Portadown was not on the agenda.

“I am going to be a bit parochial but Portadown is one of our main towns with both Edenvilla and the People’s Park and I am just double checking why the town has not been included,” said Cllr Causby.

“I accept maybe at this stage the People’s Park is not the place for one of these benches given the issues of anti-social behaviour at present but I would be keen to see something, potentially in and around Edenvilla.

“There are a number of residential care home facilities and folds along the Carrickblacker Road down onto the Gilford Road that could be the place where some of those folk will be walking around.

“I would formally propose we include Portadown in the list of locations to get a chatty bench.”

Council’s community services manager, Alison Clenaghan  said Council was looking at starting small with this initiative and working its way up but confirmed she would be happy to liaise with park staff in Portadown to identify a suitable location for a chatty bench.

Councillor Margaret Tinsley suggested a bench should be installed on the walk between Kernan playing fields and Craigavon Lakes.

“I am contacted regularly by dog walkers and they are mostly the older generation,” said Cllr Tinsley.

“When I saw this report  I thought the walkway between Kernan and Craigavon Lakes would be the perfect location.

“Between there and the lakes there is nowhere for people to sit and have a rest.

“I am quite content to second Cllr Causby’s proposal that the most suitable location around Portadown is identified.”

The Chair of the committee, Councillor Keith Haughian clarified that Cllr Causby’s desire to see Portadown included in the scheme could, if Cllr McKinstry was satisfied, be included in the original proposal.

Cllr McKinstry indicated she would be happy to accept the inclusion and it was subsequently seconded by Cllr Causby.

The committee’s chair said local knowledge would be key and asked officers to arrange a meeting with Portadown councillors to help determine the ideal location.

Following confirmation this meeting would be arranged the committee voiced its approval for Cllr McKinstry’s proposal.

Speaking after the meeting, Councillor Peter Lavery, welcomed the progress that had been made on this issue.

“Loneliness affects people of all ages and from all backgrounds. Being lonely or socially isolated can become a serious problem when it becomes chronic – as many people will have discovered during the COVID-19 pandemic,” he said.

“The campaign to end loneliness notes that the lack of social connections significantly increases the likelihood of mortality.

“That is why these benches can really make a difference. I’m heartened to learn of the news that leisure and community services committee has agreed to install benches across the borough. It’s a small measure but one which could have immense benefits for many of our residents.”