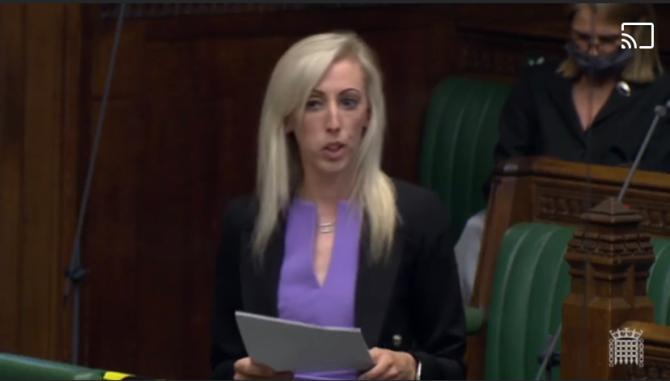 During Prime Minister’s Questions last week in the House of Commons, DUP MP Carla Lockhart has said the Government must recognise that it has weeks, not months, to resolve the issue of the Protocol to avoid further political and economic damage in Northern Ireland.

The Upper Bann representative also responded to comments made by President Biden, who has once again reiterated his support for the Protocol.

“President Biden is regurgitating the same tired old rhetoric in relation to the Protocol yet not a single elected unionist supports the Protocol. His intervention does nothing to repair the damage being done to our political process. Instead, he further alienates the people for whom the Protocol is an anathema. If there is no recognition, then the only answer is to let the people have their say at the ballot box.

"We need the Prime Minister to use his time in the United States constructively, and to stress to those who truly care about everyone here, that the success of the Northern Ireland peace process if built upon both communities feeling respected and listened to.

"My Party Leader this week has written to the House Speaker Nancy Pelosi explaining how we need balance in the US interventions on the Protocol. Both the President and Speaker must learn from the positive role played by those in the US in the past who helped bring communities together, not stoke division and rancour through partisan commentary.

"We are in a time critical situation and the Government need to act now to avert the institutions collapsing. Earlier this week the Prime Minister said the current situation cannot go on forever. He is right. It is now a matter of weeks, not months for solutions. The Government and the EU must recognise this timetable is real.”