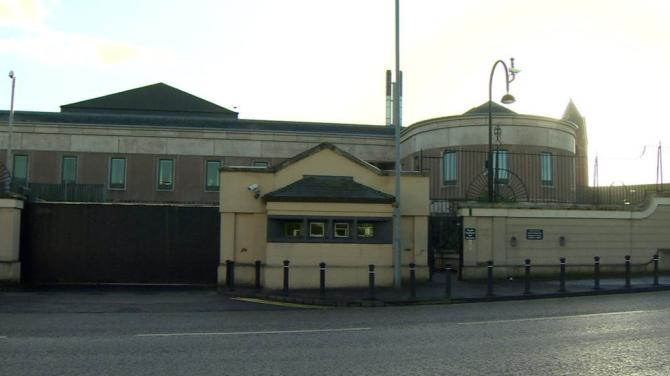 The case was heard at Armagh Magistrates' Court, sitting in Newry.

A judge has slammed a decision to permit a Lurgan man accused of breaching coronavirus regulations to be offered a formal caution after being unable to accept a Fixed Penalty Notice, then denying the offence when it reached court.

District Judge Bernie Kelly, who currently imposes £1000 fines for Covid-19 breaches, said letting perpetrators off with “a tap on the wrist” when thousands of cancer and transplant patients are in peril, is inappropriate.

This however would require an admission of guilt but Judge Kelly noted McCann had denied the offence.

The defence stated: “I may have advised my client it would be in his best interests to try to deal with this matter in an alternative fashion.”

Judge Kelly enquired, “If a Fixed Penalty wasn’t appropriate at the time, why is a caution suitable now? But who am I? I’m just a member of the public who desperately doesn’t want to die of Covid-19.”

She asked a police officer in attendance why a caution was now agreed and when he was unable to respond, she continued, “How many thousands of people in Northern Ireland have died from Covid-19? Or how many thousands of cancer or transplant patients are going to die because they can’t get into hospitals which are full? Do you seriously think we should deal with a person who breaches the regulations with a tap on the wrist and say ‘Don’t be a bold boy and don’t do it again?’”

The defence explained when detected McCann was offered Fixed Penalty Notice, but, “Wasn’t in a fit state to accept it.”

Infuriated Judge Kelly responded: “That is actually immoral. People are dying both of this disease and others because they cannot get treatment. This defendant self-induced himself into a state of stupor of his own volition, breaching the very regulations that people with genuine medical conditions need to be adhered to in order to keep alive.”

The defence conceded, “There’s nothing positive I can say. My client is very fortunate to have been offered an alternative disposal”

Sending out a stern warning Judge Kelly said, “I take these offences extremely seriously. We are still dealing with Covid-19 and we are heading into winter with a severely depleted NHS. It’s not that many weeks since Red Flag cancer patient operations had to be cancelled. Patients with operable tumours who don’t get surgery, will face tumours growing to become inoperable. This defendant is one of the many reasons for that.”

Refusing to allow the caution, Judge Kelly said she is treating the charge as denied and adjourned for a contest date is to be fixed.

Concluding by stressing an expectation of such cases being taken seriously, Judge Kelly rejected an application for Legal Aid advising, “Unfortunately I have no powers to imprison. However, if the defendant saves up all his drinking money or whatever it was that got him into a stupor, that will cover his solicitor’s fees.”