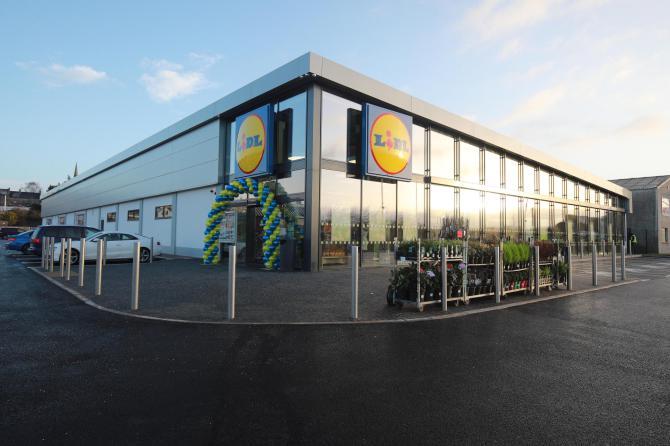 Armagh City, Banbridge and Craigavon Borough Council’s planning committee has backed plans for a supermarket to demolish its current premises in Craigavon and replace it with a £3.5 million ‘concept store’.

The application came before a meeting of the committee on Wednesday, January 12 as it is considered a major application.

Lodged by agent MBA planning on behalf of Lidl Northern Ireland, the proposal seeks to renew the permission granted to a previous application allowing for the demolishing of an existing discount supermarket, construct a replacement discount supermarket with car parking, landscaping and associated site works at Lidl’s site at 10 Balteagh Road.

The new store will see an increase in the supermarket’s floor space of over 26,000 sq ft with the total sales area increasing to almost 1,500 sq ft.

During a discussion of the application, a planning officer said there is qualitative need for the store as it exists and meets the needs of customer base that have been coming to this location for over a decade but a fresh store is required to meet demand and expectations.

It was also noted 200 hundred construction jobs will be supported and when completed it will support an additional 10 jobs.

The committee’s Chair, Councillor Peter Lavery asked what the level of cycling parking provision will be at the location and if the proposals would include the creation of safe pedestrian access to the site.

He was advised three separate cycle stands, that can accommodate three bikes each will be located at the front of the store and told the existing pedestrian access to the site will be maintained in a like for like replacement of pedestrian and cycle ways.

The planning officer advised there was no requirement for such provision from Council and explained Lidl will be responsible for the maintenance of these bays in perpetuity.

Moving the item to the debate stage, the committee chair described the application as “good” and noted the EV charging points, cycle stand provision and pedestrian access to the site.

Councillor Sam Nicholson said it was clear it would be an “improvement to the local environment” and said it is clear Lidl are leading by example.

Councillor Ciaran Toman described it as a “great news story for the area” and said it highlights the strength of the local economy.

Councillor Declan McAlinden then proposed the application was approved and this was seconded by Alderman Kenneth Twyble who said he was “very happy to second the proposal”.

The chamber voiced its agreement with the proposal to approve the application.