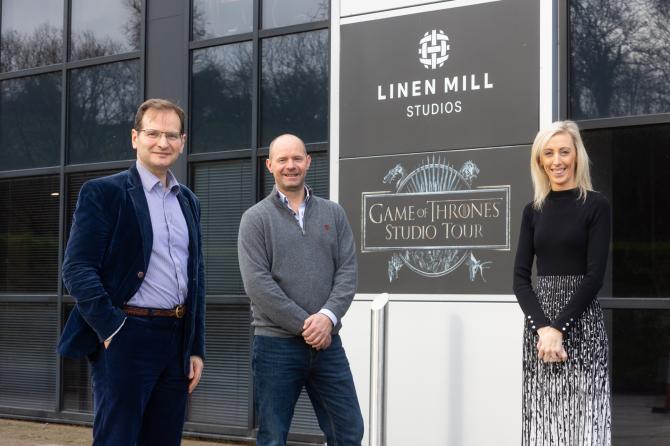 Upper Bann MP, Carla Lockhart has visited the Game of Thrones Studio Tour and has spoken of it being a catalyst for tourism, the economy and the creative industries in Banbridge, Upper Bann and Northern Ireland.

Speaking following her visit and discussions with Directors David Browne and Andrew Webb she said, “The opening of Game of Thrones Studio Tour in Banbridge is a fantastic boost for the area.

"Game of Thrones, the TV show, has millions of fans worldwide, and for its only dedicated Studio Tour to be located in Banbridge puts the town firmly on the map. I have no doubt the positive impact of visitors coming to Game of Thrones Studio Tour will be felt across our local economy.

"Fans will not be disappointed by what awaits them when they visit. This, of course, is the result of the amazing vision and drive of Linen Mill Studios Directors David Browne and Andrew Webb, and I want to thank them and the whole team, including WarnerMedia and HBO, for putting their confidence in Banbridge as the location for this significant investment.

"Be in no doubt, this attraction could have had its choice of location. But they chose Linen Mill Studios and that is fantastic.”