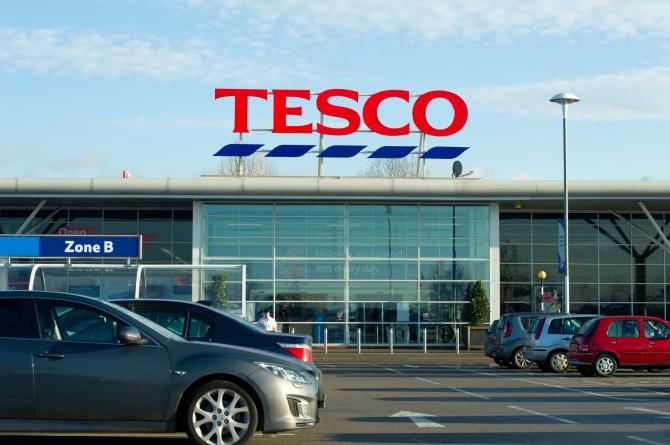 A 31-year-old man has been remanded in custody on numerous counts of thefts of large amounts of alcohol to a combined total of over £700 from Tesco stores in the Cookstown, Banbridge and Lisburn areas.

In order of alleged occurrence, Martynas Goverlenka from Carrigart Crescent, Craigavon is charged with stealing £210 worth of alcohol on 14 April, then  repeating this two days later when £195 worth of alcohol was taken.

Finally on 7 May, Goverlenka is accused of going equipped for theft by having a foil-lined bag in his car when stopped by police  in Dungannon.

Asked if he understood the charges Goverlenka replied, “I am not guilty.”

A police officer familiar with the facts of the case told Enniskillen Magistrates Court all charges could be connected.

He explained Goverlenka was detected while driving along the Oaks Road, Dungannon and the foil-lined bag was recovered from his vehicle. He was arrested and charged respect of this and information was then received of his suspected involvement of the thefts, for which he was further charged.

There is also a suspicion Goverlenka is in breach of a Deportation Order, although he has not yet been charged with this.

Opposing bail, the officer pointed to the repetitive nature of the alleged offences with each involving high value thefts of alcohol.

District Judge Steven Keown noted Goverlenka has criminal convictions for “numerous thefts in Lithuania up to 2011, theft in Germany in 2013, multiple thefts in London during 2014 as well as going equipped for theft. Finally, a robbery in 2015 in Germany where he got a three year prison sentence.”

Defence solicitor Ronan McCourt said his client has no convictions in Northern Ireland and is "the sole breadwinner for himself and his pregnant partner".

The court heard Goverlenka has a full-time job with a kitchen utilities repair company in the Republic of Ireland but due to difficulties in securing housing there, he accepts he has been residing in Northern Ireland.

The defence said, “My client has the means to put down £1,000 by way of a cash surety to assuage any concerns he may flee, although I wasn’t aware of his history of offending which obviously presents a massive difficulty.”

Nonetheless he urged bail to be granted with stringent conditions and suggested the Borders Agency can take any steps required in relation to the alleged Deportation Order breach, should it reach court.

But throwing out the application, Judge Keown remarked, “This is a prolific thief across various jurisdictions. The current allegations involve thefts in four different areas and when detected he is found with a foil-lined bag. The risk of reoffending is substantial.”

Goverlenka will appear again by video-link at Dungannon Magistrates' Court on June .