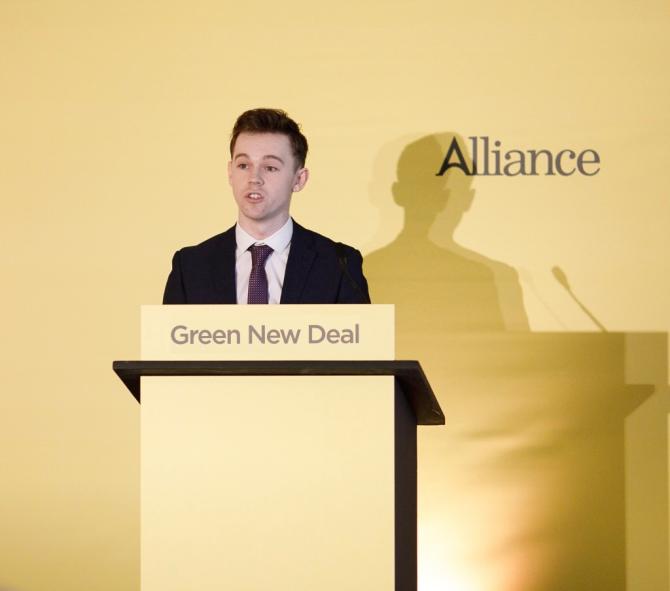 Alliance Upper Bann MLA Eóin Tennyson has said the UK Government’s proposed legacy legislation is “flawed, unworkable, and at odds with the rule of law, justice and reconciliation”.

The Northern Ireland Troubles (Legacy and Reconciliation) Bill is due to have its Second Reading in the House of Commons on Tuesday.

“This Bill is so fundamentally flawed and unworkable, it cannot be adequately fixed through Parliamentary scrutiny and amendment,” said the Upper Bann MLA.

“It does not uphold the rule of law, and is not capable of delivering justice and reconciliation. The Government’s approach on legacy has been irresponsible and disingenuous. It has disregarded the Stormont House Agreement, which was supported by both Governments and most political parties, and has the confidence of many victims’ groups and other stakeholders.

“It is even breaching the New Decade New Approach agreement that recommitted the Government to the Stormont House Agreement. It is framed around a flawed narrative of vexatious investigations against veterans that does not stand up to scrutiny.

“This legislation is being imposed upon the people of Northern Ireland in general and upon victims specifically. At its heart is a de facto amnesty for perpetrators. The proposed processes do not have the independence or rigour to be compatible with Article 2 of the European Convention on Human Rights.

“The only viable way forward is to return to the Stormont House Agreement. It has never been given a chance. Engagement between the two Governments and local parties, alongside other core stakeholders, should be able to agree the necessary tweaks to allow it to be legislated for and then implemented.”