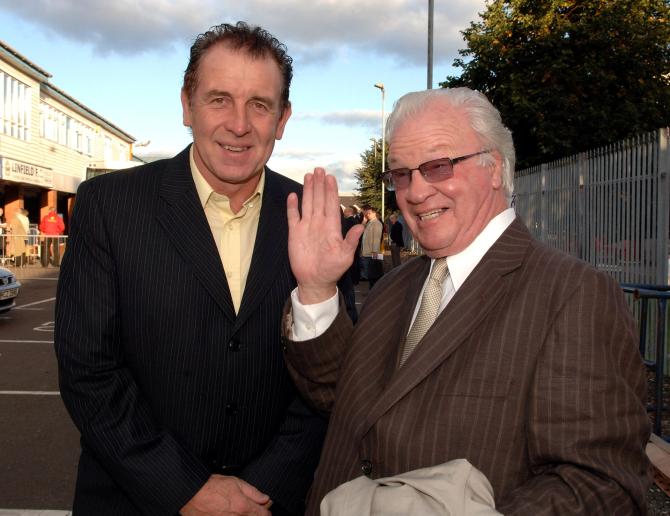 He began his career at Glentoran before moving across the water to Sunderland, where he played 227 times and found the net on 47 occasions.

An outside right, he joined then top-flight Luton Town for £8,000 before a spell at Everton where he won the league.

He finished his professional career at Port Vale, leaving them to become trainer-coach at Southport.

In 1967 he was appointed Northern Ireland manager, and took the reins at Plymouth Argyle a year later alongside his duties at Windsor Park.

He left the Home Park club in 1970 and later that year was appointed Linfield manager, leading them to the league title as well as four cups.

Mr Bingham stood down as manager of NI and Linfield in 1971, being appointed Greece boss the same year. He would also have spells in charge of Everton, PAOK and Mansfield Town.

He returned to the Windsor Park hotseat in 1980 for what was arguably his and Northern Ireland's greatest ever spell. He led them to two World Cups and two Home Nations victories, including the tournament's final edition in 1984.

His final game in charge was in the infamous game against the Republic of Ireland in November 1993, where a point was enough for the Republic to qualify for the 1994 World Cup in America.

Tributes have started to come in from his former clubs, including Glentoran who said, "Everyone at [the club] is deeply saddened to hear of the passing of Billy Bingham. The thoughts and prayers of everyone at the club go out to Billy's family and friends at this time."

Southport's Former Players' Association tweeted: "Our hearts are broken to learn of the passing of the great Billy Bingham, age 90, at his care home in Southport yesterday evening. He was a proud FPA member and gave us the golden era @southport_fc

"Condolences from all at the FPA to his son David, and to family and friends."