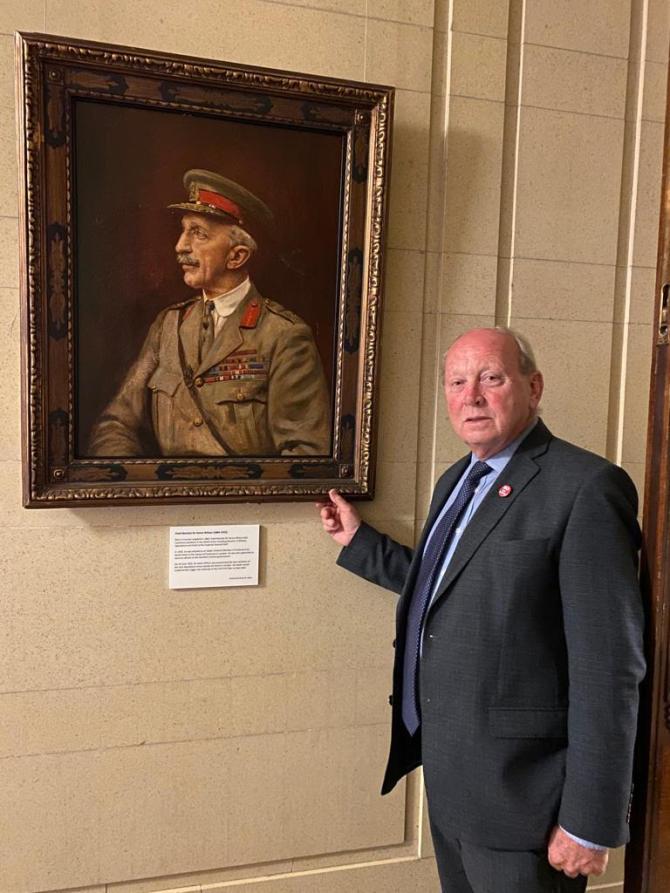 The painting is to unveiled tomorrow night in Brownlow House, Lurgan at 7 pm.

“Sir Henry Wilson was a great friend of Ulster and one of those involved in the Curragh incident when officers said they would resign their commissions if ordered to force Unionists to accept Home Rule and take on Carson’s UVF,” said Mr Allister.

“He went on to be one of the most senior officers in the British Army during the Great War before becoming a security adviser to the government of Northern Ireland.

“Sir Henry was murdered by the IRA 100 years ago tomorrow outside his London home while on his way to unveil a memorial to those who paid the ultimate price for freedom in World War One. The murder is linked to Sam Maguire who continues to be celebrated by the GAA to this day.

“When I was first elected to Stormont, I made inquiries about a portrait of Sir Henry Wilson which I discovered was in storage. After repeatedly calling for it to be put on display I am delighted that it is now hanging in Stormont.

“I have no doubt that the painting set to be unveiled tomorrow evening will be a very apt tribute to a man who was a key figure in the founding of Northern Ireland and would encourage you to go along if you are free. Tickets for the event, which is free, can be booked online here https://www.eventbrite.co.uk/e/sir-henry-wilson-portrait-unveiling-tickets-354339227167?fbclid=IwAR23NTBeQPV_9LFKzIk6LfVPgv4BulCW-uk9HqGN50GUN3p8amjmuRr-BGM .”