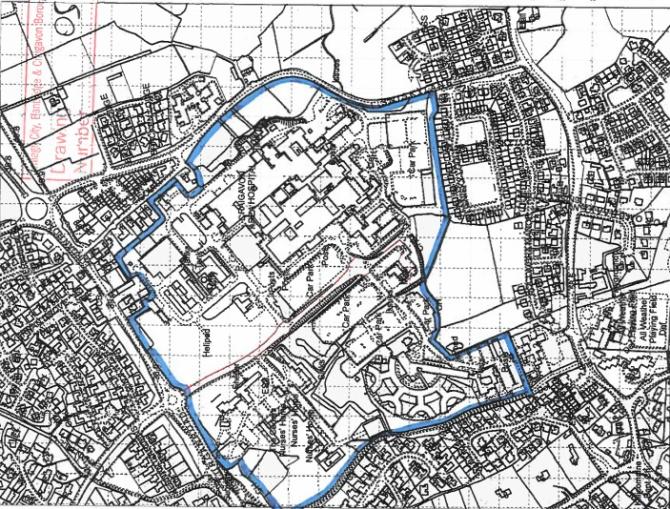 Lodged by agent Knox and Clayton Architects on behalf of the assistant director of estate services at the Southern Health and Social Care Trust, Mark Bloomer, the application seeks permission to erect a proposed energy centre with fencing and resurfacing works at hospital’s site on the Lurgan Road in Portadown.

The application also seeks permission to install a 2.5 MVA diesel generator on the site and install an access road to accommodate oil deliveries.

According to the application form, the 0.004 hectare site of the proposed energy centre is located immediately to the south of the ambulance control building and any surface water collected as a result of the development will disposed of via an existing storm sewer.

It is also noted within the application form that foul sewage will be disposed of via the mains. The new energy centre is expected to have a net floor space of 201.7m2 and a gross floor space of 161m2.

The form also claims the average number of employees and others attending the site on a daily basis is not known and also states there is expected to be “no change” in this number as a result of this development.

Lodged on Wednesday, May 11, the application was validated on Monday, May 30 and will be advertised until Friday, July 8.