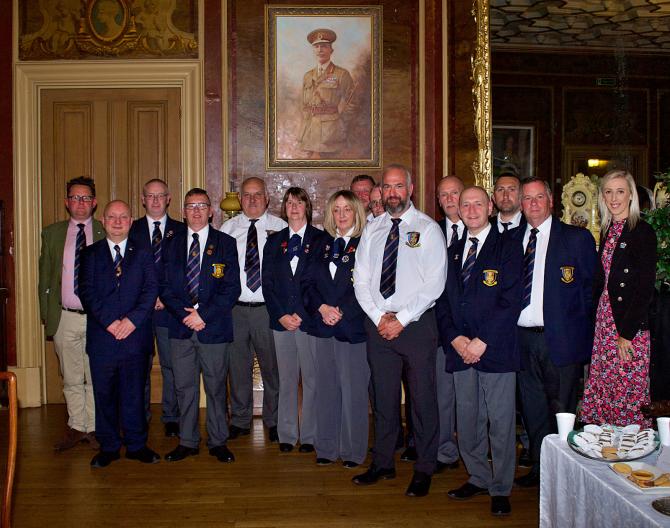 An event was held in Brownlow House last week, with a portrait of Sir Henry unveiled by Ancre Somme Association.

Speaking at the event, Carla Lockhart said: “I joined with Members of Parliament at the unveiling of a plaque in memory of Sir Henry Wilson, that now stands above the entrance door into the House of Commons as a constant remember to every member passing through of the price paid by those who have gone before us.

"Of course, it is only right that Parliament should mark this 100th anniversary of this brutal, cowardly murder. When, at 2.20pm on Thursday, June 22, 1922, Field Marshall Sir Henry Wilson was shot dead on the doorstep of his Belgravia home, it stunned Parliamentarians at Westminster, and sent shockwaves amongst the public.

"His was the first assassination of a Westminster MP since Spencer Percival in 1812, and such an act would not be seen again until the murder of Airey Neave in 1979.

"Sir Henry Wilson was the first politician targeted by Republicans on the mainland. Sadly, other lives were taken too – I have already mentioned Airey Neave, but Sir Anthony Berry was murdered in the Brighton Bomb, and Ian Gow murdered at his home in East Sussex.

"How true a description of the perpetrators of all these acts, has been attributed to Sir Henry Wilson, who when he faced his assassins, described Dunne and O’Sullivan as ‘cowardly swine.’ How apt a description, and one that can be aligned against all perpetrators of terrorism over our last 100 years.

"The futility of Republican terrorism is recognised by all but it’s cheerleaders. The historian Ronan McGreevy, in his excellent accounts of the assassination and legacy, states his belief that Michael Collins ordered the murder of Wilson because he seen him as a 'formidable foe of Irish nationalism’. Sir Henry had denounced the Treaty that gave independence to 26 of Irelands 32 counties, calling it a sell out to the IRA murder gang. How ironic then, that the leader of that gang, Michael Collins, would be killed by anti-treaty forces within Republicanism not long after.

"Sir Henry Wilson, one of the empires leading military figures, can as the historian Keith Jeffrey described him, be remembered as ‘a founding martyr of the Northern Ireland state.’ 100 years on from his murder, and 101 years to the day that King George V addressed the new Northern Ireland Parliament, it is on us to ensure his life is remembered, and his legacy is protected. In this regard, we thank Ancre Somme for their work, and for the opportunity to reflect and pay tribute.”