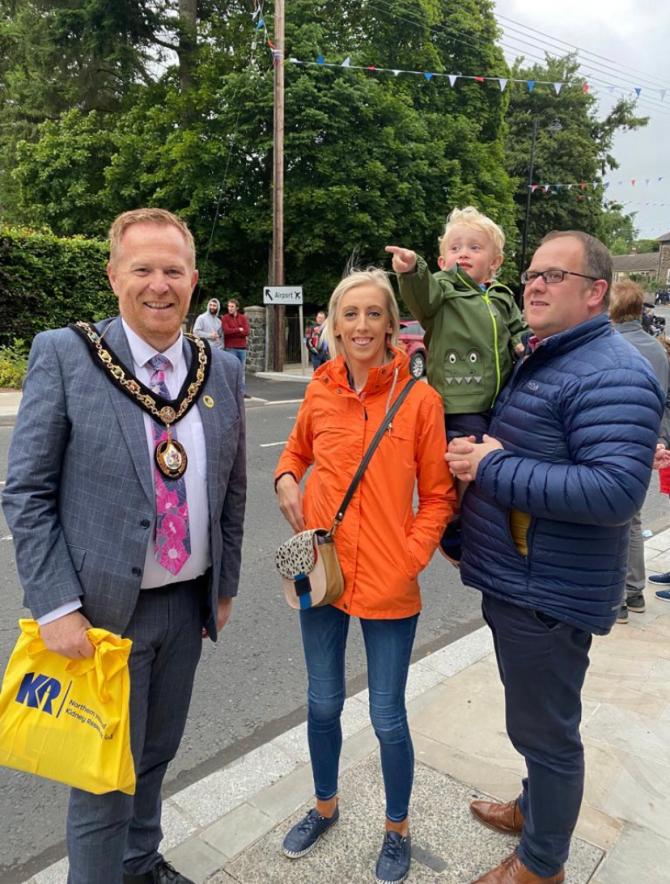 She has praised the work of the charity in providing financial support towards kidney research for the last 50 years.

Speaking at the event, the MP said: “The Vintage Cavalcade is a great family event, and it is wonderful to see Waringstown filled with people enjoying this spectacle, meeting neighbours and all in support of such a great cause in the Northern Ireland Kidney Research Fund.

"Founded by Josie Kerr MBE and her husband, Walter, the charity has helped to transform lives through research and in support of organ donation. What an amazing legacy has been created by the Kerr’s, and fifty years on the charity goes from strength to strength.

"To mark this special milestone, I was delighted to table an Early Day Motion in Westminster to celebrate this achievement and the work of the fund. The Motion reads as follows: 'That this House congratulates Northern Ireland Kidney Research Fund on reaching its 50th anniversary year; recognises the very positive work the organisation performs in supporting a wide variety of research projects that explore why persons develop kidney failure and assess the best forms of treatment for these kidney conditions; pays tribute to the vision of the founder Mrs Josie Kerr MBE of Waringstown, Co. Armagh; and wishes the Fund every success in its anniversary year and in the future.'

She concluded: "I want to commend everyone involved in the charity for their ongoing work, and thank those who helped make this cavalcade such an enjoyable evening.”