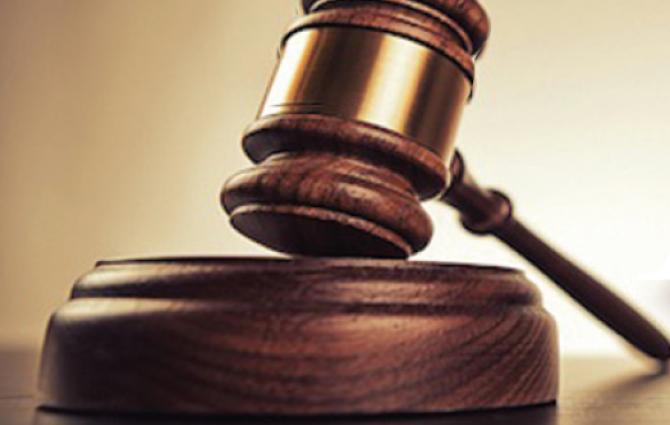 A “volatile relationship” has resulted in a defendant pleading guilty to four counts of common assault and a single charge of criminal damage.

The case of Alexander Forbes, (28), of Bachelors Park, Craigavon, was heard at Craigavon Courthouse sitting on Wednesday, June 29.

The court heard that on July 29 last year, police received reports from the injured party in relation to historic domestic incidents dating back to February and March of 2021.

Police spoke with the complainant and recorded a statement where she alleged that whilst living with the defendant, he assaulted her on a number of occasions and broke her remote control and phone.

It was alleged that on February 18 and 19 last year, Forbes had kicked the injured party from the bed onto the floor, before lifting a spatula from a pan and hit her about the face with it on March 1.

On March 15, the complainant alleged that Forbes hit her on the wrist with a television remote control which damaged it, as well as throwing her phone at a bed frame causing damage.

Furthermore, the injured stated that on March 19, the defendant elbowed her twice in the ribs and hit her about the head with his left hand.

The defendant was interviewed under caution and denied ever physically assaulting the injured party but acknowledged they would have had a lot of arguments during the course of their relationship.

Gavyn Cairns BL, defending, outlined that these cases were simply one person’s word against each other and that Forbes’ guilty plea should be enhanced.

It was added that there was no objective evidence to support the complainant’s account but after a number of consultations, it was agreed that these matters would be accepted and he is “ashamed” of his conduct.

Mr Cairns stressed that it was a “volatile relationship” and that Forbes wished to draw a line under it.

“I accept that you’ve pleaded guilty, you’re entitled by law for credit for that plea of guilty, I also accept you’ve no previous record.

“Nevertheless, a protracted and sustained period of violence in a domestic setting has to be certified as so serious there is only one penalty this court can consider.”

The periods of custody are to run concurrently and were suspended for a period of two years.