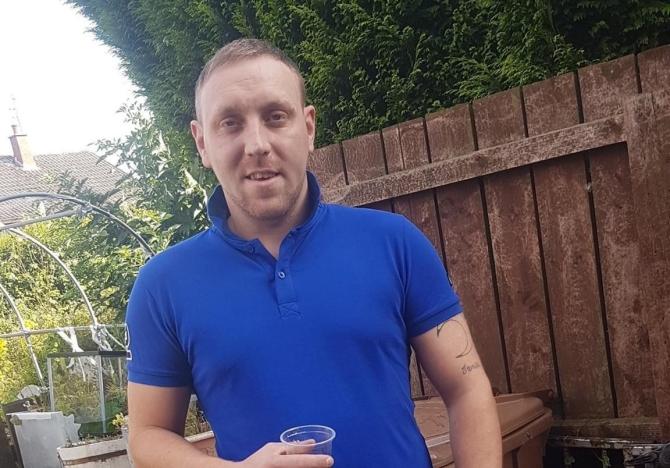 A Co. Armagh man who confessed to kidnapping a lone female out for a walk faces the prospect of an indeterminate jail sentence, a court has heard.

Craigavon Crown Court heard that Jeffrey Kelly had been assessed by the probation service as a dangerous offender in that he “poses a significant risk of causing serious harm in the commission of further offences” so if Judge Roseanne McCormick agrees, she could impose an indeterminate jail sentence.

Adjourning the case to Thursday, the judge told defence QC Eugene Grant she would hear further submissions before embarking on such a course.

Just days before he was due to go on trial last November 32-year-old Kelly, from Brookhill in Lurgan, entered guilty pleas to kidnap and robbery of his victims mobile of phone on 10 May 2020 while a further charge of false imprisonment was “left on the books” by the PPS.

Opening the Crown case, prosecuting counsel Ian Tannahill said the victim, a female teacher, had been listening to music while out for a walk in Portadown that Sunday morning when Kelly “appeared from a hedge on the left hand side of the alleyway, grabbed her by the neck and bush and dragged her to Kensington Gardens.”

“She could see a car had been reversed and she was very frightened,” said the lawyer, “she told him to take whatever he wanted but he didn’t speak, he just grunted with the effort of the struggle.”

“Forced into the boot of the car kicking and screaming,” the terrified victim managed to force her way out not once but twice and the second time, Kelly told her simply “run.”

In a state of hysterics, the woman ran to her parents house and it was some time before she was able to compose herself, tell them what had happened and to call police.

A woman who had witnessed the incident had noted down the registration of Kelly’s distinctive red Audi car and Mr Tannahill told the court there was evidence of Kelly stalking other women that morning, describing how he drove past a lone woman walking her dog five times and she was concerned enough to take down his car registration.

Kelly was arrested but claimed he “didn’t have her in my f*** car” and even though he was picked out of a police identity line up, labelled the allegations as “a load of b**.”

Turning to the victim impact statement, Mr Tannahill told the court she had written how “I just remember an overwhelming sense of fear” and that in the aftermath of the attack, she suffered nightmares, flashbacks and hyper vigilance.

In a bold and courageous move, she outlined that she had loved going for regular walks but had stopped for a time until she resolved to be “absolutely determined that he would not take this away from me.”

The court heard that a short time before the incident, Kelly had conducted an internet search for “escorts” and Mr Tannahill highlighted that “nowhere in the agreed basis of plea does it state that the prime motive was robbery.”

“It’s an extremely excessive use of force against this lady for a mobile phone,” said the barrister.

Defence QC Eugene Grant stressed that with the loss of income, structure and support at the start of the pandemic, that Kelly had acted out of a “desperation for money” and that he had been specifically instructed “to offer the deepest apology of Mr Kelly.”

He submitted that despite the finding of dangerousness, that an extended custodial sentence would meet the justice of the case as that would mean Kelly is under licence conditions and supervision for an extended period.

“He is an enhanced prisoner and he has made excellent progress while in custody,” said the senior barrister adding that he had “shown remorse and disgust at himself and his actions that day.”

Remanding Kelly back into custody, Judge McCormick adjourned the case to Thursday.