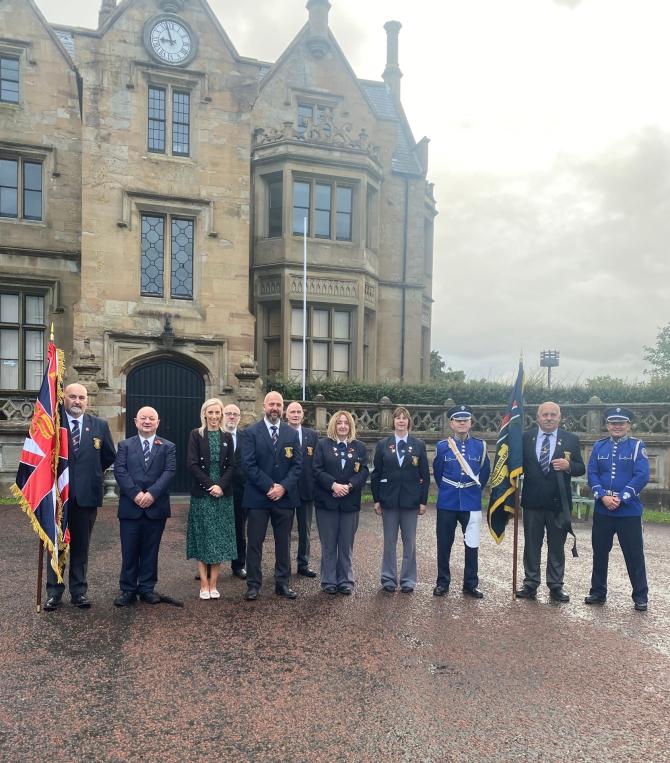 Upper Bann MP Carla Lockhart has expressed her gratitude to all those who organised or attended 1st July commemoration events across Upper Bann, and stressed the importance of remembering the sacrifices of those who died on the battlefields of World War I.

The MP joined events in Portadown and Lurgan.

Speaking at the event in Lurgan, Carla Lockhart said: “When the whistles blew at 7.30am on 1st July 1916, and thousands of men poured over the top onto the battlefields of The Somme, so too commenced the slaughter of so many men from these shores. Families lost husbands, fathers, brothers.

"Towns and villages lost swathes of men, with the 36th Ulster Division suffering over 5000 casualties in the first day of battle.

"That sacrifice must always be remembered. So many families will have their own connections to that day, but it is vital that as a community we stand in silence and in glorious remembrance of those who gave all.

"I commend all those who help to organise local events. It was an honour to stand with members of Portadown Royal British Legion at 7.30am in Portadown at the War Memorial. My thanks also go to Ancre Somme Association, and the many lodges and bands who ensured the loss of life of so many is remembered at a range of parades on July 1."