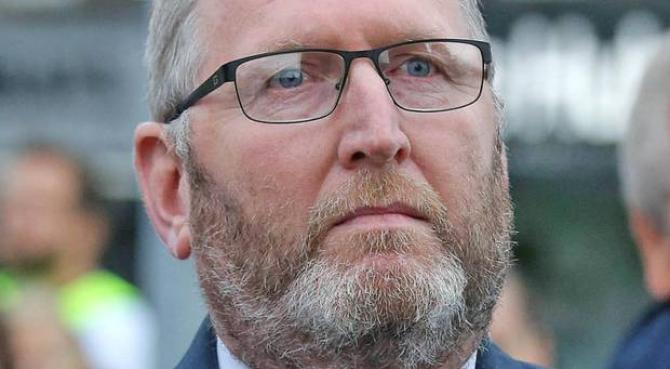 Ulster Unionist Party Leader Doug Beattie MC MLA has written to the DUP leader Sir Jeffrey Donaldson MP to clarify if a statement by his Party colleague Sammy Wilson that ‘the Health Service is not underfunded’ represents DUP policy.

Last Tuesday the East Antrim MP issued a press release in which he stated: "The fact of the matter is that the Health Service is not underfunded".

Mr Beattie, an MLA for Upper Bann, said: “This was no solo run because it was issued by DUP HQ and presumably with the full authority of the Party. This type of attention-seeking nonsense is par for the course from Sammy Wilson, but the fact it comes as an official press release raises some important questions.

"Firstly, does the DUP Leader Sir Jeffrey Donaldson agree with Sammy Wilson and does he also believe that the Health Service is not underfunded?

"Secondly if the DUP genuinely doesn’t think our health service is underfunded, why did they promise an extra billion pounds of investment in health in their election manifesto just two months ago? Does this mean that the DUP is u-turning on its manifesto commitment?

“Thirdly, if Sammy Wilson is indeed speaking for the DUP, how does the Party propose to fund the continued roll-out of improvements across the health service such as the plan to tackle waiting times, as well as fund any increased pay award for health workers this year?"

Mr Beattie said the public "knows full well" that the health service had been struggling in 2020 "because it had been deprived of sustainable funding and subjected to chronic political mismanagement for almost a decade before, including during the period when Sammy Wilson was Finance Minister".

He continued, "For a short period at least, there appeared to be consensus from across the political spectrum that Health needed to be a priority moving forward and that it would be kept above political wrangling. Sammy Wilson’s latest comments now throw into real doubt whether the DUP are really serious at all on delivering the improvements that they previously said they were committed to."