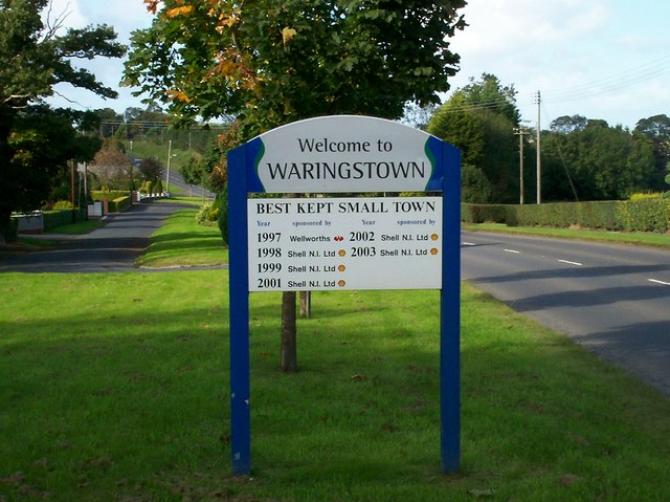 An old Craigavon Borough Council sign on the Banbridge Road in Waringstown.

Armagh City, Banbridge and Craigavon Borough Council’s Deputy Lord Mayor has welcomed the installation of council-branded welcome signage to the borough – more than seven years after the the local authority was formed.

Speaking at the monthly meeting in July, Councillor Tim McClelland, who has raised concern at the lack of council-branded welcome signs on numerous occasions in the past, said he was glad to see the roll-out commence.

“I want to raise the issue of boundary signage,” said Cllr McClelland.

“I would like to congratulate Jonathan [Hayes, Council’s head of estate and asset management] and the team for their efforts.

“It is good to see the rollout of gateway signage that has begun in certain areas, including my own area of Lagan River.”

He also took the opportunity to remind officers that although it is good to see these signs installed the job is not yet finished.

“Of course as well as welcoming these signs we also look forward to the next phase of this operation,” said Cllr McClelland.

“It will be great to see these signs installed along the gateways to our towns and villages that are included in our signage scheme as well.”