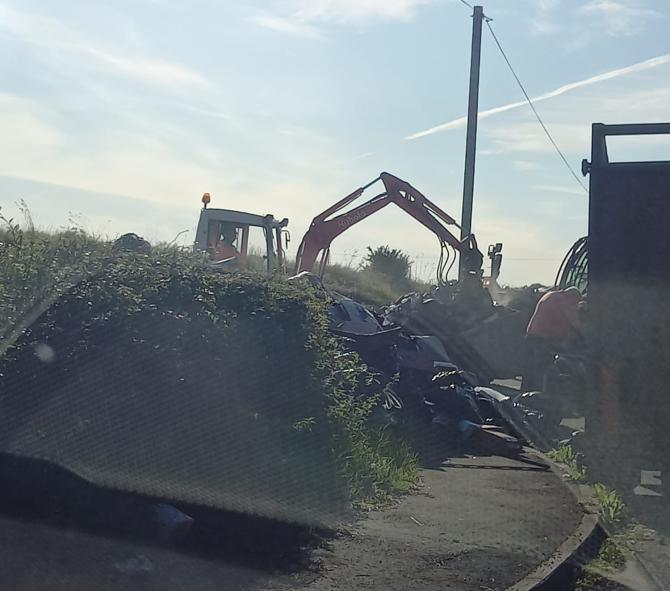 The strike between trade unions and Armagh City, Banbridge and Craigavon Borough Council looks as though it is coming to an end.

On Saturday morning contractors were clearing up bags of rubbish left outside the recycling centre on the New Line in Lurgan.

Your Lurgan understands that the clear-up began after agreement was reached between the unions and the council to allow the local authority to get private contractors in to clear up the mess.

And in the latest development, a meeting is going to be held early this week which, it is hoped, will bring the dispute to an end.

Around 1,000 members of Unite, GMB and Nipsa are currently involved in a dispute over pay and conditions.

Your Lurgan has seen a statement sent to union members which says that “following further negotiations on Thursday and Friday with management and [the] trade union side, a paper will be presented to a special council meeting on Tuesday [September] 20th which has the potential to bring a cessation of the industrial action.

“A further statement will be sent to all members following the meeting.”