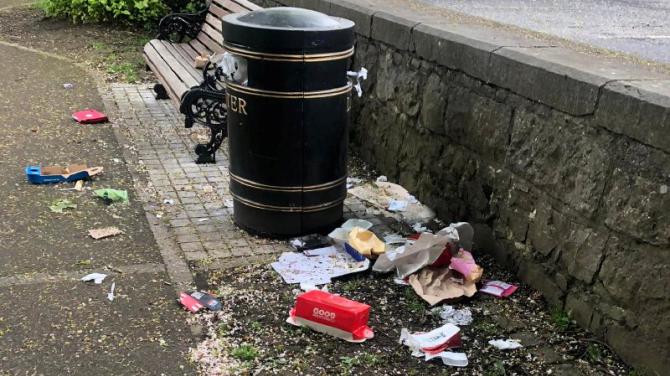 The deal which will bring the industrial action between trade unions and Armagh City, Banbridge and Craigavon Borough Council to an end will cost the council £2.7m, the local authority has said.

Details of the outcome of tonight’s special meeting of the council have just been revealed by the council.

The majority of councillors backed the approval of a conciliation agreement brokered by the Labour Relations Agency (LRA), between management and the Joint Trade Unions (JTUS).

“Throughout this challenging period of industrial action, elected Members, management, and the JTUs have been mindful of the cost of living crisis, therefore, the overall objective was always to find a way of focusing on the lowest paid in the organisation, whilst minimising the impact on the rate payer,” a spokesperson for ABC Council said.

“The agreement reached will see staff on the bottom six pay scales (Scales 1 to 6) of the organisation re-defined and scales adjusted so that the very lowest paid workers will benefit. In addition, these staff will receive a one-off cost of living payment of £500.

“The introduction of these new salary scales will align with the Real Living Wage, therefore improving Council’s ability to attract and retain staff to benefit long-term service delivery.

“In addition, staff currently on S01 - PO6 will have their pay adjusted and staff above PO6 would not receive any adjustment. All staff receiving salaries ranging from SO1 – PO12 will receive a one-off cost of living payment of £1,100.

“The overall annual cost to Council will be in the region of £1.5m, with an additional £1.2m taken from Council reserves to fund the one-off cost of living payments. Payments relating to spinal points will be backdated to April 2022.

“The council has also agreed to a process to conclude outstanding matters relating to harmonisation and regularisation of historic pay and grading issues resulting from the Review of Public Administration.”

Council management and the trade unions will now meet in the morning to discuss suspension of strike action.

The dispute is now into its sixth week and has seen services disrupted across the borough, most notably bin collections.

Rubbish has been piling high outside recycling centres while bins on streets have been overflowing.

At the weekend it emerged that a deal could be close when large lorries started taking bags of rubbish away from the gates of the recycling centres.

Other services have also been affected, with leisure and recreation centres having their hours disrupted, events such as the Armagh Food and Cider festival cancelled and sporting fixtures which were to be played on council pitches also being axed.

Speaking following the meeting, Sinn Féin group leader, Cllr Liam Mackle, said: “We are delighted that, at tonight's council meeting, a majority of councillors supported this deal which will hopefully bring an end to industrial action.

“The past six weeks have been very difficult for everyone in the Borough. We now need to concentrate on recovery.

“Throughout this period the Sinn Féin group have been resolutely focused on getting an agreement that is fair to our valued staff and ratepayers. We believe the deal agreed tonight does just that.

“It targets our lowest paid staff whilst also acknowledging and rewarding all our staff.

“We must now to put our shoulders to the wheel and refocus our minds on the harsh winter ahead and how we, as a council, can support our workers and families."

“However, Alliance is firmly of the view that this deal could, and should, have been reached weeks ago. It has been hugely frustrating that while solutions existed, some political parties instead choose to needlessly prolong the industrial dispute.”

“The past six weeks have been a disaster for ratepayers, our staff, and for our borough. The focus must now urgently turn to the clean-up operation and recovery of essential services, and key lessons must be learned by Council management.”