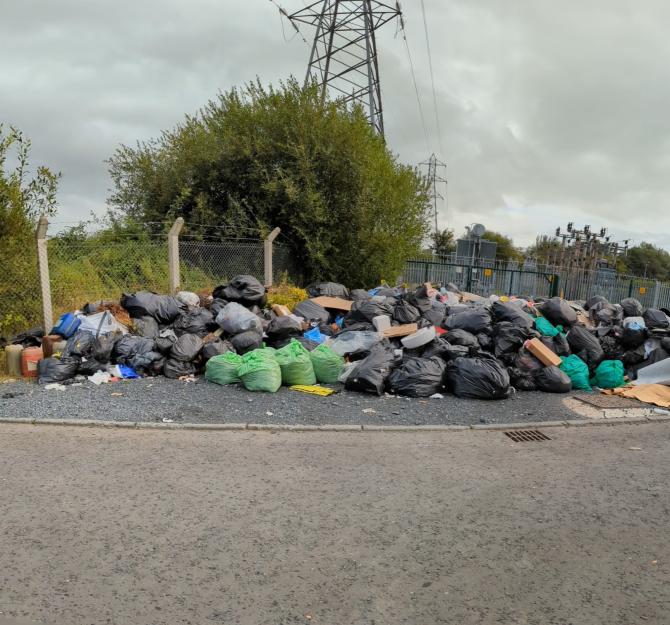 Elected representatives have expressed optimism that a deal is in sight to bring to an end the strike impacting the Armagh City, Banbridge and Craigavon Council area.

Three trade unions, the Northern Ireland Public Service Alliance, GMB and Unite the Union began their period of industrial action on Monday, August 15, seeking to find agreement on three points: a cost of living payment, wage harmonisation across the borough, and a percentage point pay increase.

Now in its sixth week, the industrial action has been most acutely felt in the lack of waste management services available to rate payers, with households bins unemptied, recycling centres closed and bin bags lining the streets beside overflowing public bins.

However, taking to social media, SDLP group leader, Councillor Thomas O’Hanlon said he is hopeful a resolution can be found tonight to bring an immediate end to the industrial dispute but warned “it is now down to the political parties to decide”.

“I can’t speak for other parties but the SDLP group has considered the papers before us and believe it is the best way to resolve the issue,” he said.

“There is a significant amount of work to do in the days ahead, not least clearing the waste dumped at the entrance to the recycling centres and to give our city, towns and villages a deep clean.

“This has been a difficult period, probably the most difficult in my 17 years as a councillor. I worked hard behind the scenes, with both sides, to try and get to this point, sometimes not being able to say things publicly to help the process.

“I want to acknowledge those in the unions and management who have worked to get a resolution.”

He continued: “This is not the time for political point scoring, there is work to get getting on with. There’s a lot of work needed to build trust and relationships between staff and management, as well as the council and the ratepayer.

“I am firmly of the view it should not have got to this stage nor can it be allowed to happen again. I hope this meeting will see a resolution secured and our services will quickly return to normal.”

Speaking to the Local Democracy Reporting Service, Alliance Party Councillor Peter Lavery called on those who he claimed previously “blocked progress” to support the deal.

“Tonight is yet another opportunity to end the ongoing industrial action within our borough, deliver a fair settlement for staff and restore essential service for the public sector,” he said.

“Alliance believes a fair deal could and should have been reached weeks ago. We are again calling on those political parties who have so far blocked progress to join us in supporting a deal this evening.

“The focus must quickly turn to repairing relationships and recovery of essential services as soon as possible.”

When asked how optimistic he was a deal could be reached tonight, UUP group leader, Alderman Jim Speers said he “always tries to be optimistic in difficult situations”.

Sinn Fein group leader, Councillor Liam Mackle said he was hopeful a deal could be reached.

“I am hoping all members can get behind the deal and end this strike,” he said.

DUP group leader, Alderman Mark Baxter noted his party has “avoided running commentary” on this matter but said he was it was looking forward to a “full discussion” tonight.

“Our party has avoided running commentary on this most sensitive of issues in order to allow council officials the necessary time and space to arrive at a solution that is costed and affordable for rate payers and also recognises staff efforts,” he said.

“We look forward to a full discussion on these matters this evening.”