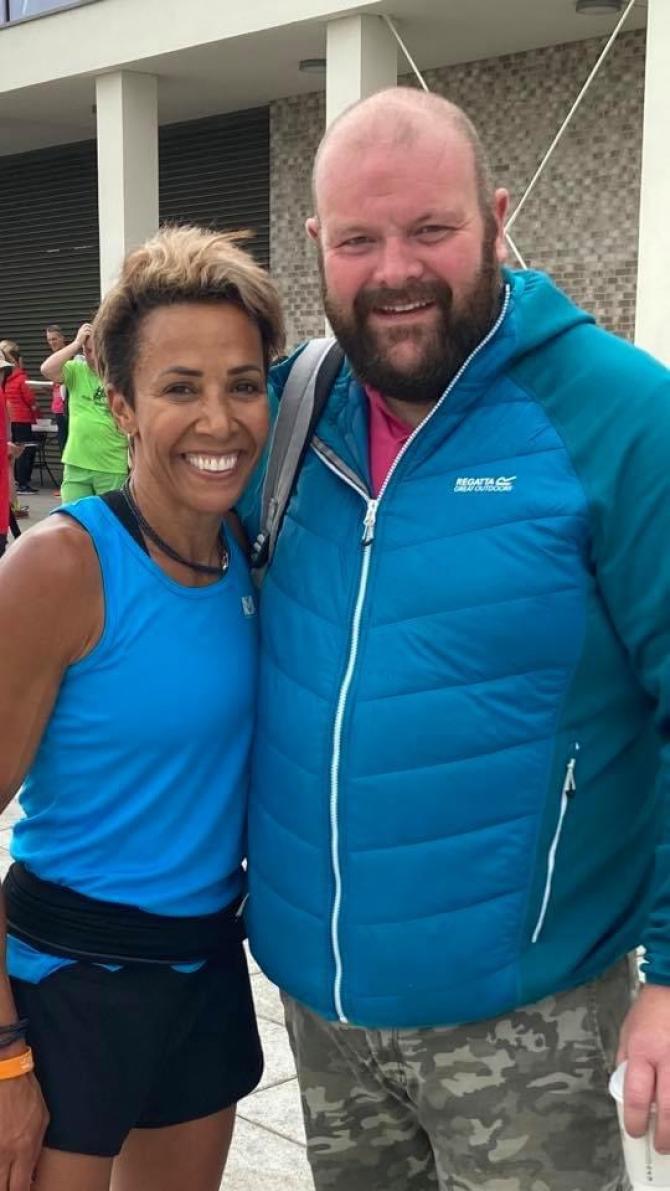 Sporting royalty has been spotted this morning around South Lake Leisure Centre!

It comes days after the Earl and Countess of Wessex officially opened the Leisure Centre.

Lagan River councillor, Mark Baxter, bumped into the Olympic gold medalist after she had finished her walk.

Cllr Baxter, who posted on Facebook that he had just been for a swim, joked it had been great to meet his “fellow athlete”, who had surprised runners at the weekly run.