Comprehensive win for Lurgan B 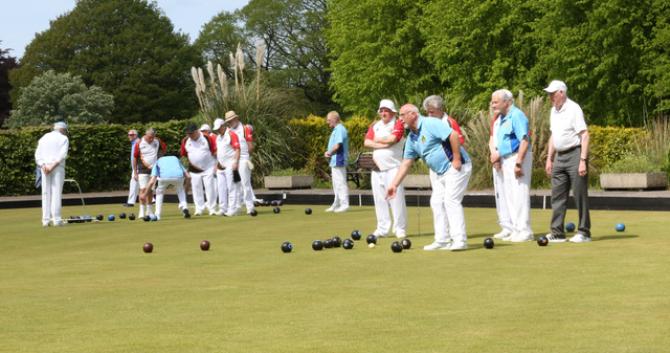 Bowlers at the heads during Lurgan B v Lisnagarvey B.

Lurgan B overcame their earlier season woes and built on their midweek 20-shot win over Curran B in the NIBA Junior Cup to sensationally beat Lisnagarvey B by 40 shots and claiming six points in their League 3a match at the weekend.

Rink of the day was Billy Strain’s with an incredible winning score of 37-11. 12-0 up after five ends, they never gave the Lisnagarvey four a look-in to be ahead 23-11 at the three-quarter stage.

O’Rourke’s rink had simply no answer to the scintillating bowling attack with Strain’s rink taking 14 shots off the last six ends.

Peter Ruffold’s rink performed well too to go through from being seven shots adrift after nine ends. Dominating the second half gave them a very good 27-14 win and another Lurgan B point.

It was an unfortunate afternoon for Mike Parr’s rink who were holding the visitors well at 9-9 all at the halfway stage but although they tried had the rest of the game didn’t go their way with them losing 19-12 in the end.