Magheralin's Wiffen on his way to Budapest 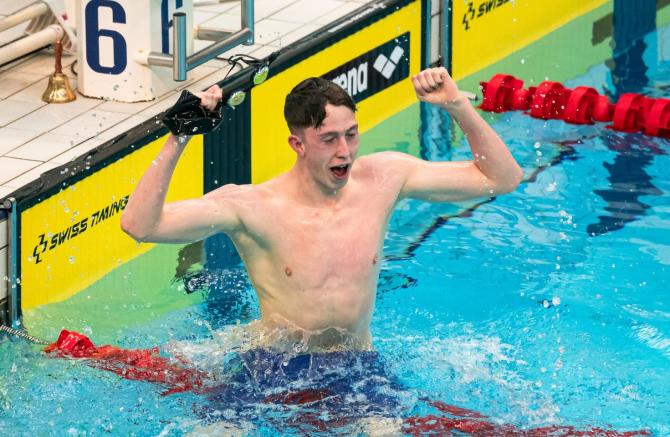 Magheralin’s Daniel Wiffen has been selected to represent Swim Ireland at the 2022 FINA World Championships (50m) in Budapest.

Swim Ireland Performance have declared that their benchmark focus for the summer will be the LEN European Championships (50m) in Rome, Italy for their Republic of Ireland contingent, with the Commonwealth Games in Birmingham, England having a similar status for the Northern Irish athletes within their ranks, with a number of those bound for Birmingham also accepting selections to swim in Rome.

The reformatting of the FINA World Championships (50m) from May to June resulted in the majority of pre-selected athletes opting not to attend the competition as part of their preparations for the benchmark meets, but Ireland will be represented in swimming by Olympian Daniel Wiffen and sprint-specialist Calum Bain in Budapest, Hungary. The remaining contingent of athletes with Rome and/or Birmingham on their minds will utilise the Barcelona and Canet legs of the Mare Nostrum tour to aid their preparations.

National Performance Director Jon Rudd said that there is much to look forward to this summer.

He said, “After a very successful Olympics and World short course Championships in 2021, it is time for our athletes to see how they can move our sport on yet again for Ireland and with so many events on the calendar this summer, we believe that we have struck an excellent balance across all of that which was available to us.

“The senior team for Rome is strong and we can look forward to something similarly exciting when the Northern Ireland team is announced for Birmingham. Our Juniors also have everything to look forward to and nothing to lose and we are confident that they will fare well in Romania against the best youngsters in Europe.

“It’s also very pleasing to see us back in international Open Water territory and we will use these selections to help us assess where our talent lies on the continental stage.

“We wish all of our athletes and their coaches the very best in their preparations over the weeks to come.”