Good away win for Veterans 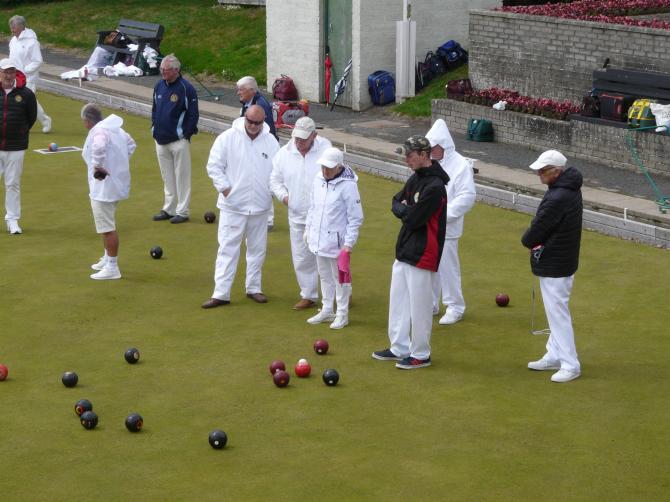 Luke Donaldson monitors the head closely to direct his skip's bowl into the head.

Lurgan 2 recorded their first victory of the season in a tight match away to Markethill on Monday afternoon with three-shot win and six points to add to their league tally.

Stanley Watson, Stewart Martin, Dick McClune and Sam McCombes had a very good seven-shot win against Robert Hunter’s rink with McCombes rink being most in command throughout.

Coming from 13-13 after 15th end and defending against a seven-shot win over the 14th and 15th ends by the Markethill four, McCombes rink composed themselves to recover the seven shots over the final three ends and win well by 20-13.

While losing by a meagre four shots in the end, Neil Harvey, Victor Masters, Charlie Maguire and Peter McGrail performed well to lead by one shot at the midpoint and to be one shot down after the 15th end.

A close finish with tight heads over the last 3 ends with one shot in each in favour of the home rink denied the Lurgan 2 men another four league points but they did well to keep the deficit as low as possible to ensure an overall Lurgan 2 win.

Next Monday at 1.30pm the return derby between Lurgan 1 and Lurgan 2 takes place with both teams looking forward to a tight match and Lurgan 2 hopeful to being victors this time.