Cliffhanger on the hill 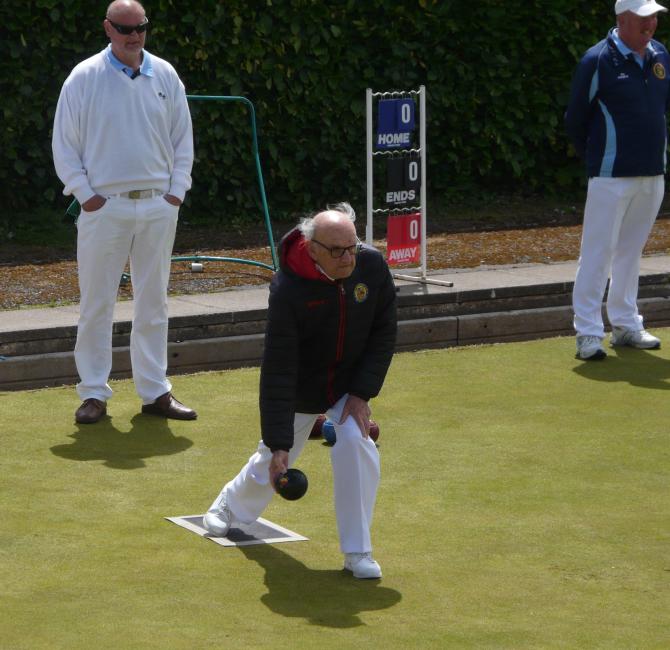 Rodney McCarthy prepares to deliver his bowl towards the lying bowls in the head.

Lurgan B certainly took the match to Rathfriland last Saturday afternoon and almost caused a huge league upset with the result being in the balance until the last end.

It was one of those memorable games with Charlie Maguire’s rink taking four superb shots off the penultimate end to be only two shots behind Jonny Niblock’s home rink going into their final end.

Maguire’s rink was lying on the 21st only for the Rathfriland skip, Niblock to fire at the head and take the jack to the back of the rink to gain three shots. Maguire went for the overall win but was very unfortunate to skim the jack with his two bowls with the home rink taking the match by two shots. The overall lead changed dramatically to and fro during the last four ends which produced one of the most exciting finish this season so far.

Robert Dorman, Rodney McCarthy, Luke Donaldson and Peter Ruffold made a cautious starting to be 13-2 down after the eighth end but Ruffold’s rink took three shots off the next end with a shortened jack that greatly troubled Malcolmson’s rink who couldn’t cope with it.

Playing with the shortened jack for almost all of the second half, Ruffold’s rink grew in confidence to take nine of the remaining thirteen ends with mixture of three and four-shot end wins and to run out by a magnificent 22-17.

To begin with Ian Laughlin, Neil Harvey, Brian Fitzpatrick and Stewart Martin found things hard going against David Blakely’s home to be down 21-6 after 14 ends but the Martin’s rink played bravely to collect eight valuable shots over the seven ends and reduce the deficit to 26-14 – a very good contribution to try and win the match overall!

It was another win on the day for Stephen Poots, Gerry Devlin, Dick McClune and Billy Strain who were well ahead by 17-8 after 12 ends with their lead being enhanced by a super five-shot win on the 16th end to seal their brilliant 25-16 victory.

Simon Maguire, Albert Houston, Stanley Watson and Charlie Maguire were in the lead by seven shots after 10 ends and also to be all square with Niblock’s rink at the 15th end. After the 19th end the visitors were six shots adrift but the brilliant four-shot on the 20th by the Lurgan four produced a nail-biting finish only for Lurgan B to lose by a mere two shots overall.

The Lurgan B side is off to play Bangor team, Pickie B on Saturday for a place in the quarter-finals of the Irish Junior Cup.