Lurgan B out of both cups 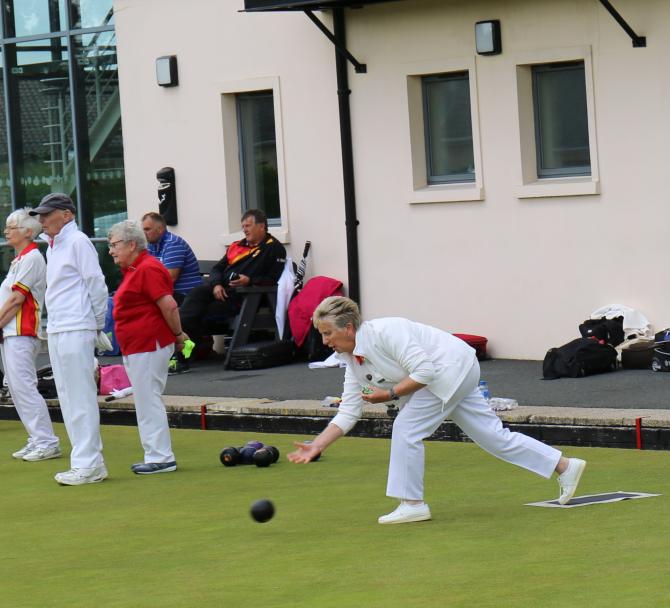 Lurgan B, last season’s runners-up in NIBA Junior Challenge Cup, travelled to Holywood midweek to try and emulate last year’s performance but it was not to be.

While the Lurgan side tried their best to compete it was obvious that they were up against a much stronger team who were previously in the old Third Division, eventually losing heavily by 104 – 48.

On Saturday they were away from home again to meet Bangor side, Pickie B in the third round of the Irish Junior Cup. Leaving Lurgan the team was hopeful that they would reverse their midweek misfortune but with three usual players missing they didn’t fare any better.

Up on two rinks after the 14th end the scores were virtually level with Billy Strains’ rink leading 21-6 and Charlie Maguire’s 16-10 up but it was downhill from that stage.

Pickie played short jack lengths from then on and clearly the visitors were not used to the length resulting in the home team coasting home to victory and going through to the quarter-final stage.

A club spokesperson commented that “newcomers are regular in their attendance at the Thursday night coaching sessions. They’re already showing signs of improvement and will soon be able to participate in the evening rink practices to try out their acquired skills and eventually be chosen for the teams but that will take time.

"All ages are welcome to come along to the Sessions and join in to learn about the great sport of bowls.

"People quite often ask 'what benefits would there be for me personally' and we say that the sport will improve fitness, coordination and skill development. It will increase confidence and self-esteem, enhance mental well-being, community connectivity and mutual support. If you are interested in trying please call 07854 875170.”