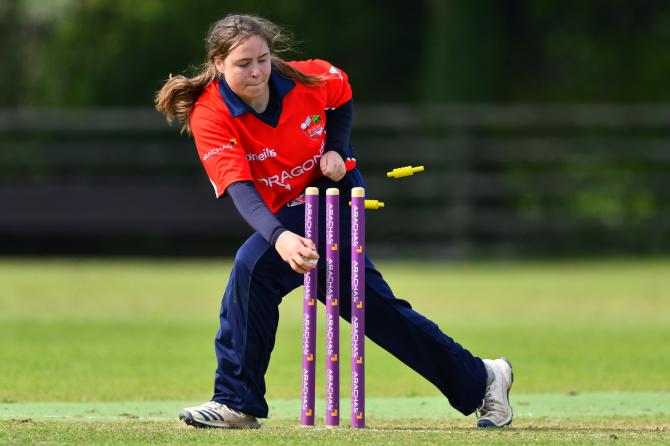 There is an exciting double-header of T20 cricket action scheduled for Waringstown Cricket Club this weekend as the cream of Irish women’s cricket arrives for the start of the Arachas Super Series T20 Trophy.

The Dragons, now firmly entrenched in the region following their return to the Super Series earlier this year, will host both the Typhoons and Scorchers at The Lawn in the competitions opening fixtures on Sunday.

With the beginning of the Arachas Super Series T20 Trophy coming on the back of Ireland Women’s six-match multi-format series against South Africa, it’s a brilliant occasion for fans in the region to see the top talent in the country in action ahead of the upcoming T20 Tri-Series against World Champions Australia and Pakistan next month.

With the growth of women’s cricket in Northern Ireland, along with the emergence of talent in the two northern provincial unions, the games this weekend are an opportunity to showcase that talent to women and girls in the region who might see cricket as a sport for them.

The Dragons, with the likes of Leah Paul, Orla Predergast, Cara Murray, Alana Dalzell and Arlene Kelly will be formidable opposition for the visiting Typhoons and Scorchers. Gaby Lewis, who scored a tremendous half-century for Ireland in their opening T20I victory against South Africa, Shauna Kavanagh, Jane Maguire, Rachel Delaney, Bhavi Devchand and Sophie MacMahon are the mainstays of the Scorchers side while Typhoons and Ireland captain Laura Delany is expected to return following a lengthy absence due to a foot injury. They also have 17 year-old Georgina Dempsey, who had an excellent One-Day series against South Africa among their ranks, along with Rebecca Stokell, Louise Little, Ava Canning, Robin Searle and Mary Waldron.

Cricket Ireland is proud to acknowledge Arachas Insurance as title sponsor of the series.