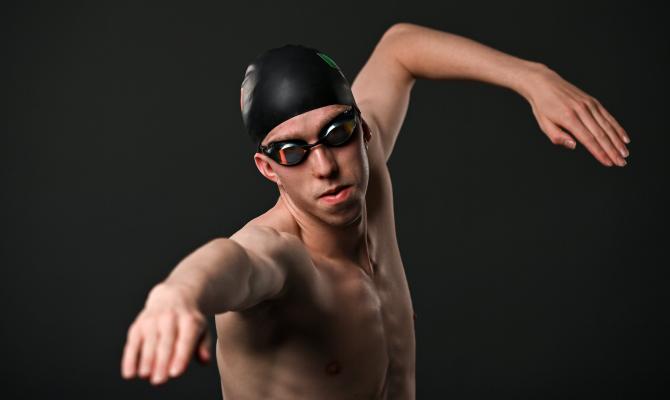 Daniel Wiffen became the first Irishman to break the 15-minute mark in the 1500m Freestyle at the FINA World Swimming Championships in Budapest this morning.

The Magheralin swimmer, who had held the previous Irish best at 15:02.78, lowered the record by almost five seconds touching in 14:57.66, to finish fourth in his heat and ninth overall.

Speaking after the race Wiffen said, "I was very happy with my swim as I’m the first Irish swimmer to break 15 minutes in the 1500m, which is a huge barrier to break.

"Even though I came ninth and just missed the final by less than a second, I know there is more to come, and I can’t wait to get back training and race again at the Commonwealth Games (July)."

The three Tokyo 2020 medallists lead the qualifications with Germany’s Florian Wellbrock the top seed in 14:50.12, Mykhailo Romanchuk (Ukraine) second in 14:50.68 and Olympic Gold medallist Bobby Finke of the USA third in 14:50.71.