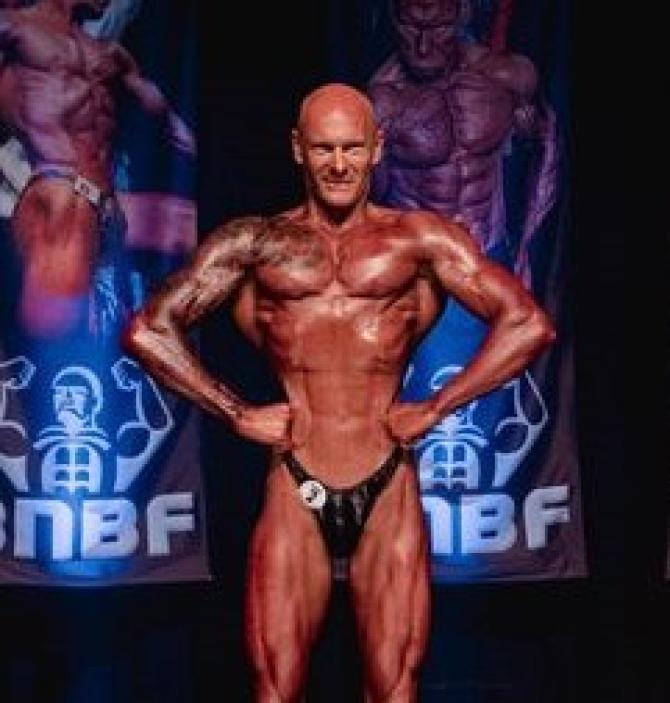 Lurgan man David Stewart has won another title to add to his many awards.

David and his coach James Melville, from the Compound Room gym, worked on a 22-week plan to get in shape for the Northern Ireland section of the British qualifiers for natural bodybuilding.

It’s one of the biggest natural bodybuilding shows to come over here and was held in Newtownabbey at the Mill Theatre.

David said, "The category was the masters over 40’s.

“Working alongside my coach I had no doubt in my mind that we would bring the best package to stage and win and that’s what we did come show day.

“When the results came out I had won my category."

David thanked the gym which made it all happen, adding: “I train down in Alan Campbell’s family-run gym, the Fitness Factory, who have been amazing support for me. It’s one of the best gyms in town, always with great equipment and classes.”

He continued, “I would like to express my thanks to my coach James for all his hard work to get me in shape and the Fitness Factory for their continued support.

“But I have to say a massive thanks to my family and friends who really are amazing.”

Next stop is the British finals in October over in Letterhead in England.

David got a lot of help from local businesses including Pollock Park chippy and the Turkish Barbers in town.

Moving to the British Championships David is always on the lookout for new sponsors who would like to help out.

However, for the moment, its back to the Fitness Factory in Flush Place for a lot more training.