League slip up for Ladies at Lisnagarvey 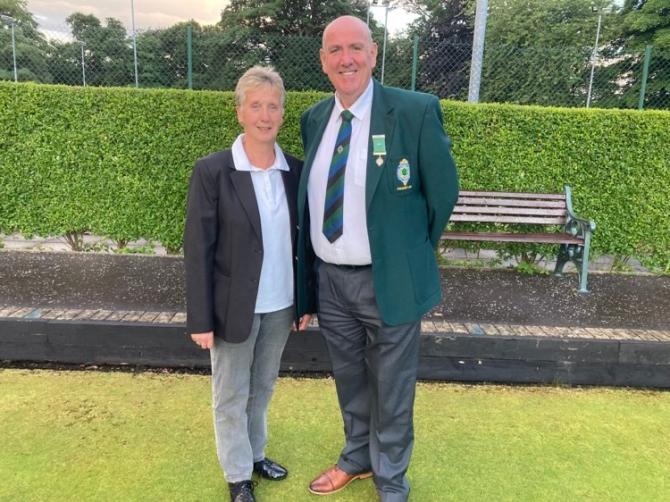 The Lurgan Ladies team continued their league programme last Thursday afternoon with an away match against Lisnagarvey on the very tricky Lagan Valley Green and were disappointed to lose by just six shots to bring home two points.

On Rink 1 skipped by Doreen Wheelan the Lisnagarvey team showed their knowledge of the green and took command of the game from the outset. After 12 ends Lisnagarvey were leading 16-7 with Lurgan having all to play for.

On Rink 2 Eileen Robson, skipping for Lurgan, led all the way with the score on the 17th end 14-12 and only two shots between both sides. The Lisnagarvey lead played two great bowls with both lying on the jack on the final end.

With the Lisnagarvey having the potential of drawing on the final end, this was make or break with Eileen Robson taking the final bowl of the match, she knocked the two bowls off the jack resulting in 2 shots to the Lurgan four to produce a dramatic end to the game with Robson’s rink winning 16-12 to claim another vital league point of the Lurgan side

Angela Thompson skipped on Rink 3 with the Lurgan side getting off to a good start leading after the fifth end with Lisnagarvey 6 Lurgan 8. Unfortunately from the 6th end Lurgan could no longer get to grips with the green and could only win 4 ends in the remaining 13. After a tough game the final rink score was Lisnagarvey 26 Lurgan 13,

Rink 4 Irene Doone’s rink started with Lisnagarvey taking the lead 4-7 after the 5th end. This changed when Lurgan moved into a 5-shot advantage after the 8th end and didn’t let go of their lead throughout the remainder of the match with Doone’s rink ending 19-15 ahead to take a valuable point for the Lurgan team.

Although the outcome was 70-64 in favour of Lisnagarvey, Lurgan’s win on Rinks 2 and 4 gained them two valuable league point to keep them in second place in the Senior League to Portadown who are 11 points ahead.

With the Lurgan side having a game in hand over them there is the prospect of them reducing Portadown’s lead when that match is played.