Both Senior Fours win through to the Association Semis 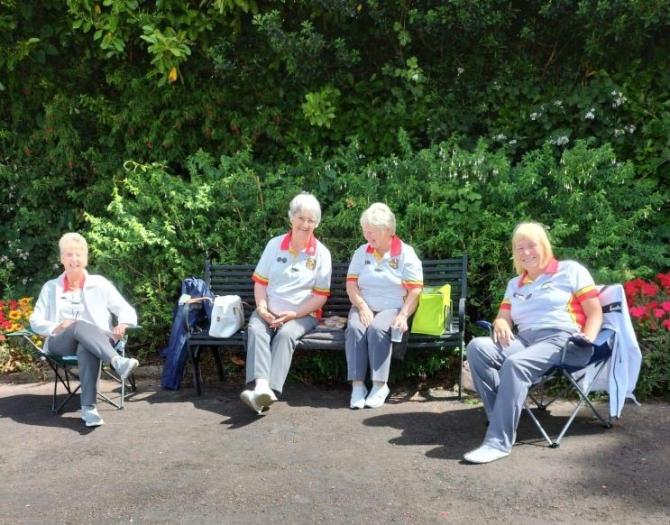 The two Lurgan Ladies Senior Fours put on an impressive bowling display to win through to the semi-final stage for the NIWBA Championships.

In doing so they avoided each other in the draw which presents the prospect of them meeting in the final at Newcastle in August, thereby ensuring silverware for one of the Lurgan rinks provided they win their semi-final matches.

Bowling on a good playing surface on the Musgrave Park Green, Irene Cunningham, Genny Little, Jennifer McVeigh and Eileen Robson made a positive start against the Markethill four. Winning three out of the first four ends they took a 6-3 lead. Sticking to the task they continued to hold their own to be 10-7 ahead after 11 ends. Finishing strongly, they won well by 15-11 to go through on the day.

The Lurgan Four won the first 4 ends but the Bruce’s rink surprised them by taking the next five ends and going into a 6-5 lead. Thompson settled her rink to win three shots on the next end to switch things round and go ahead 8-6.

Again the Holywood Four bounced back to lead 10-8 but the Lurgan rink bowled well to win the next three ends to be four shots ahead after the 13th end.

It was nip and tuck as both rinks strived to win with only two shots between them going into the 17th end. An excellent five-shot win for the Lurgan Four sealed a well-earned 20-13 victory with Bruce’s rink conceding the match at that stage.

Congratulations from all at LBC to both Fours on getting through to the NIWBA Senior Fours Semi-finals at Donaghadee on the 2nd and 3rd of August with the draw resulting as follows:-