Pumas roar to victory in Nottingham 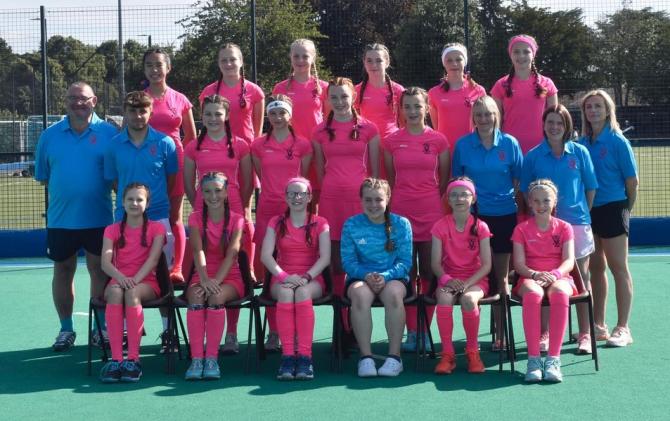 A contingent of local girls have helped the Ulster Pumas to victory in the UK U13 tournament in Nottingham.

The Pumas are made up of a selection of the best junior hockey players from throughout Northern Ireland invited to play together.

Amongst their number was Sophie Tate, who attended Kings Park PS and currently goes to Banbridge Academy.

She also plays for Portadown Hockey Club’s U13s and U15 performance team and captained the Academy’s 13A team. Sophie now plays for the Academy’s 14A squad and was appointed the Pumas’ vice captain for the tournament.

Her mum, Julie, explained: “Sophie was approached by Ivor Lennon who started the Ulster Pumas.

“He had seen her play at drop in hockey and at his hockey camps and he offered her a place in the pumas.

“We have a few players from Lurgan Junior High, Portadown Hockey Club and Banbridge Hockey Club.”

The players had an amazing experience and started off their campaign with a 9-0 win over Tamworth.

On Saturday they played two games, being held to a 1-1 draw with West Panthers and winning 8-0 against South Wales.

The results were enough to earn them a place in the semi-finals, where they beat SW Marauders 4-1. That meant they played South Wales in the final and ran out 1-0 winners, thanks to a Sophia Simmons strike.

It was all achieved in some of the warmest weather ever to reach the UK, with some games being played in 34oC heat!

It was a remarkable achievement for the Pumas, who will hope that their adventures will roar them on to greater things in the future.