Second league win in the week for Ladies’ Team 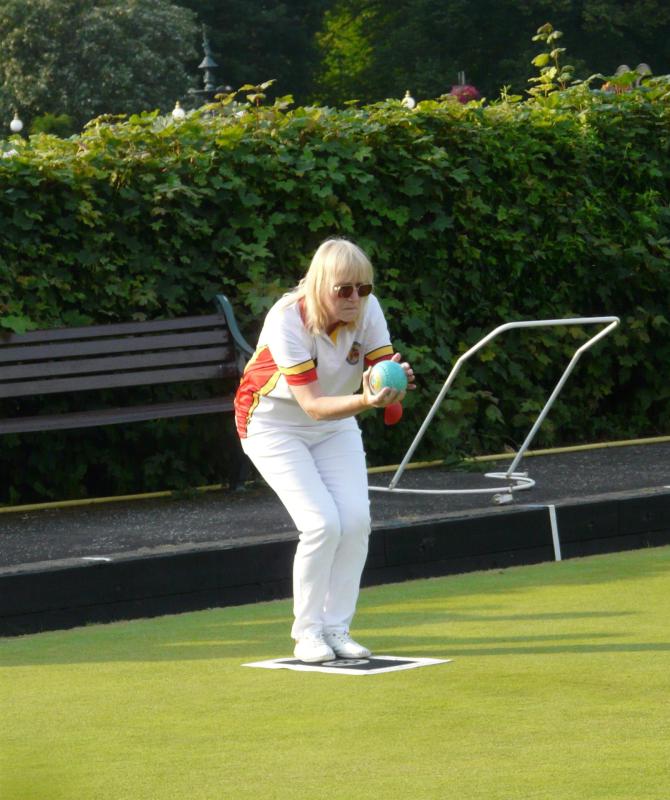 Lurgan Ladies were on song at home to Whitehead in an NIWBA Senior League match to win by 27 ¼ shots.

With summer proving to be illusive at times, the sun was certainly evident on the Lurgan Bowling Green with the Ladies having a great match on a superb quick bowling surface; with the rinks set out at the 2:30 the contest began.

Irene Doone and her team were bowling accurately on Rink 1. The Whitehead team just couldn’t match these ladies as they kept taking end after end, giving the Lurgan rink the halfway point and having 11 shots to Whitehead’s 3. Throughout the 18 ends Whitehead could only win 5 ends, resulting in a final score of Lurgan 21 Whitehead 9.

Skipping on Rink 2 was Doreen Wheelan and her team, as the match started Whitehead could not get to grips with the fast rink with the Lurgan team taking the first 6 ends to lead by 9 shots. Whitehead then took 6 ends out of the following 7 bringing the score at the 13th end Lurgan 13 Whitehead 7.

With just 5 ends to complete the Rink 2 match Lurgan got 5 shots at the 15th end which led to a win for the Lurgan side with a final score of Lurgan 21 Whitehead 10.

On Rink 3 with Angela Thompson skipping for Lurgan the home rink played a close match. After the 10th end the scores were Lurgan 5 Whitehead 6; however Whitehead proved to be the more successful on the day with the final score being Lurgan 8 Whitehead 12 ¾.

Lurgan winning on 3 rinks and having the highest overall score resulted in an excellent 72-46 ¾ win and 6 points for Lurgan to leave them only 7 league points behind leaders Portadown with all the signs that the winning of the Senior League could go to the wire when the Lurgan ladies meet their local rivals in the last match of the season.