Splendid away win for Lurgan B 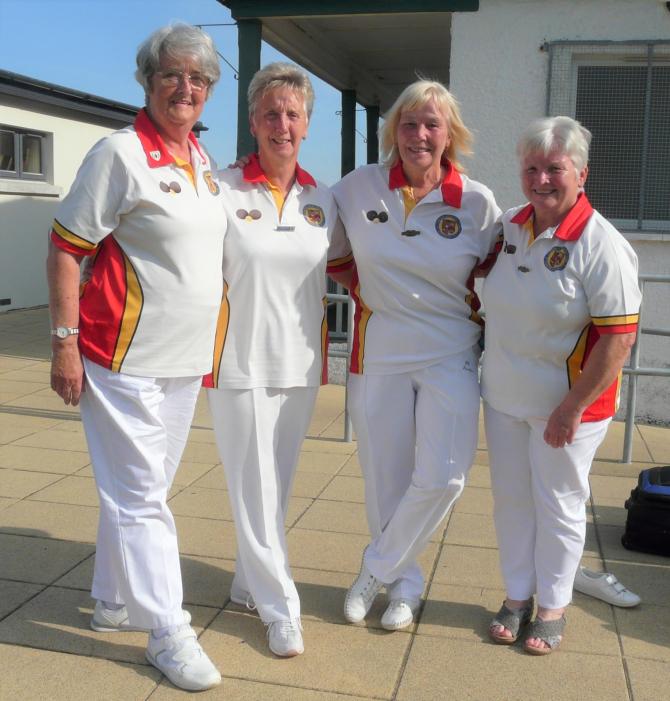 Lurgan B came went through on three rinks to bring home another six points to close the gap on eighth place in NIBA Division 3a, aided well by Eamonn Quinn’s rink scoring 28-13 to ensure a superb away victory.

On Rink 1 John Murtagh, Robert Colhoun, Brian Fitzpatrick and Eamonn Quinn stretched ahead of S McDowell’s rink with a great four-shot win on the sixth end and from then took command for the rest of the game to finish with a six-shot win on the last end and a 28-13 win overall to complete an afternoon’s excellent bowling.

Lurgan B’s Stephen Poots, Gerry Devlin, Robert Kennedy and Billy Strain on Rink 2 faced a determined Lisnagarvey B rink skipped by J Short. The Lurgan four were holding their own to be all square at 10 all after the 14th end but Short’s rink dictated the remainder of the game restricting the visitors to a single two-shot win on the 18th end for the Lurgan four to unfortunately lose 17-12.

On Rink 3 Albert Houston, Simon Maguire, Mel Hamilton and Charlie Maguire were well in control in the first 10 ends to lead 11-6 and with the Lurgan four extending their lead to a confident 16-10 lead. A win was in sight but it was hampered by McIlroy’s rink taking 18th and 19th ends by 4 shots to reduce the Lurgan B lead 16-14.

The visitors took a double shot win on the 20th end but the home rink responded to lie four on the last end to tie the rink but Charlie Maguire delivered a brilliant bowl for his rink to reduce McIlroy’s rink to two and for the Lurgan rink to have a slender 18-16 win and another league point.

On Rink 4 Dessie Simpson, Rodney McCarthy, Stewart Martin and Mike Parr bowled well against Maurice Wilson’s home rink and fought hard to lead 10-9 at the halfway stage. A tight run ensued for the teams to be all square at 15-15 after 15th end and with the home rink being 1 shot ahead after the 17th.

A strong finish by Parr and his rink saw them taking four shots off the last two ends for them to record a very good 20-18 win and another league point.

Next Saturday Lurgan B are at home to Ormeau at 2pm and hoping to win their third game on the trot inspired by the last two showings.