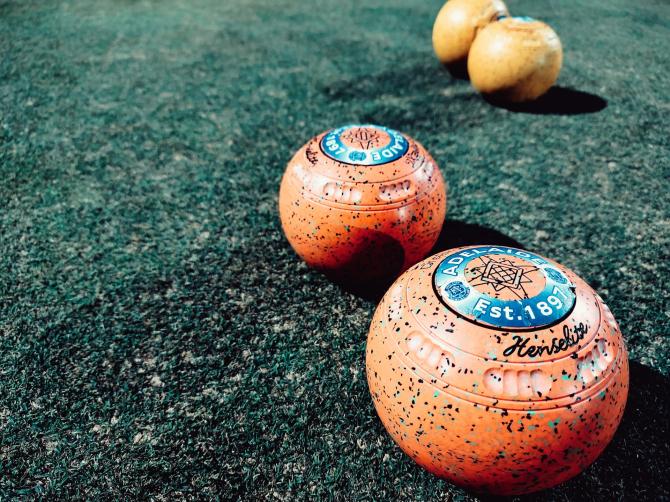 The Lurgan A bowlers matched the success of their fellows when they finished ahead on three rinks last Wednesday week back on the Balmoral Green to win the NIBA Intermediate Cup – the first major trophy to make its way to Lurgan in 31 years!

Neil Sloan, Iain Ferguson, Peter Dew and Sam McCombes had a tight run facing Will Steenson’s rink on No 1 with the score changing hands every end during the first half. After losing the 13th and 14th ends McCombes’ rink stepped up the pace to win three of the last five ends to finish 1 shot ahead and win 16-15.

On Rink 2 Dick McClune, Declan McCabrey, Harry Cosgrove and Alan Roberts had an outstanding win against Jim Major’s rink. Taking the lead at the 4th end they streaked ahead with the aid of a series of triple end wins, never allowing Major’s rink a look in. Taking 8 of the last 10 ends, they finished with a scintillating and match-winning score of 32-8.

Bowling against Benny McArdle’s team on Rink 3 Ivor Mitchell, Jeff McCullough, Alan Briggs and Ronan Cregan and picking up an early 3-shot won on the 3rd end gave them the impetus to have the edge on the Banbridge Four; the only danger being on the 11th end when they were lying 3 shots.

Cregan responded with a brilliant weighted shot to take the jack back and turn the end in the Lurgan Four’s favour. Although McArdle drew into the Lurgan’s four he was only able to reduce the end to 2 shots.

Ronan Cregan, skip said: “Our rink had a steady performance throughout their game to win 16-11on a very tricky bowling surface.”

Rink 4 was also a difficult one for Peter McGrail, Gerry Devlin, standing in for Luke Donaldson, Nigel Hamilton and John Gilliland who had a tough encounter with Paul Chambers’ rink.

They did their best to keep up to ensure a Lurgan A win but ended 23-12 down. However win or lose all shots across the green contributed to a huge Cup-winning success for the Lurgan side on a memorable night – a second trophy coming to Lurgan in five days and potentially more in the next few days.

Our Ladies also are also representing us and the NIWBA at Holywood tomorrow in the Fours and Senior Fours in the IWBA Championships.