Last end agony for Lurgan B against Newcastle 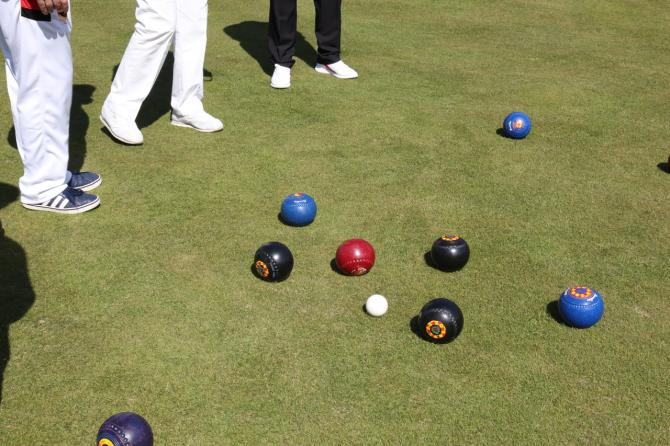 Last match of the season ended in disappointment for Lurgan B who lost by just one shot on the last end against third-placed Newcastle.

Nevertheless, it was a huge effort by the Lurgan side who fought hard all the way and were looking forward to a fine five-point win.

Victor Masters, Albert Houston, Nigel Hamilton and Peter Ruffold on Rink 1 ran Ian McKeown’s close throughout the 18 ends and were unlucky to not at least tie. Going into the last end Ruffold’s rink were four shots down but could only take two shots to narrowly lose 13-15 – valuable shots while trying for an overall Lurgan B win.

Lurgan Four, Gerry Devlin, Stewart Martin and Mike Parr put up a creditable fight facing Gary Galvin’s rink on No 2. Recovering from 2-11 down after eight ends, Parr urged his rink into action to shorten the Newcastle lead to 8-11 aided by six shots off the 8th and 9th ends; but Galvin’s rink held the upper hand to win 15-21. Parr’s rink’s 15 shots proved to be an invaluable contribution towards Lurgan B’s effort to finish with a match win.

Taking the lead from the third end they raced into a 13-5 lead at the halfway stage and defended well even though the opposition came back to 13-10. The Lurgan four kept the pressure on the Newcastle rink to claim four shots off the last five ends to finish with a fantastic 20-11 win to put the Lurgan side in a match-winning position.

Last off the Green on Rink 3 were Mel Hamilton, Charlie Maguire, John Gilliland and Eamonn Quinn who got off to a fantastic start against Damian O’Neill’s rink. Dictating the first half, they were 6-0 up after five ends and were ahead 9-3 after nine.

A 5-shot loss on the 10th end with Gilliland and Quinn’s last two bowls unfortunately skimming past the jack gave O’Neill’s rink the impetus they needed. Adding another three shots over the next two ends took them into 9-11 lead but the Lurgan four held on fast to lead 15-13 going into the last end.

Quinn’s rink were lying two shots with Lurgan’s back end doing their best to settle the end with a third shot; just a couple of inches short each time. Back end Newcastle bowlers, Hughes and O’Neill played weighted bowls at their four sitting at the front right and succeeded in taking at least three of them into the head to lie four necessary shots for Newcastle to win by one shot – a dramatic finish to a very close match played throughout with a very good sporting spirit.