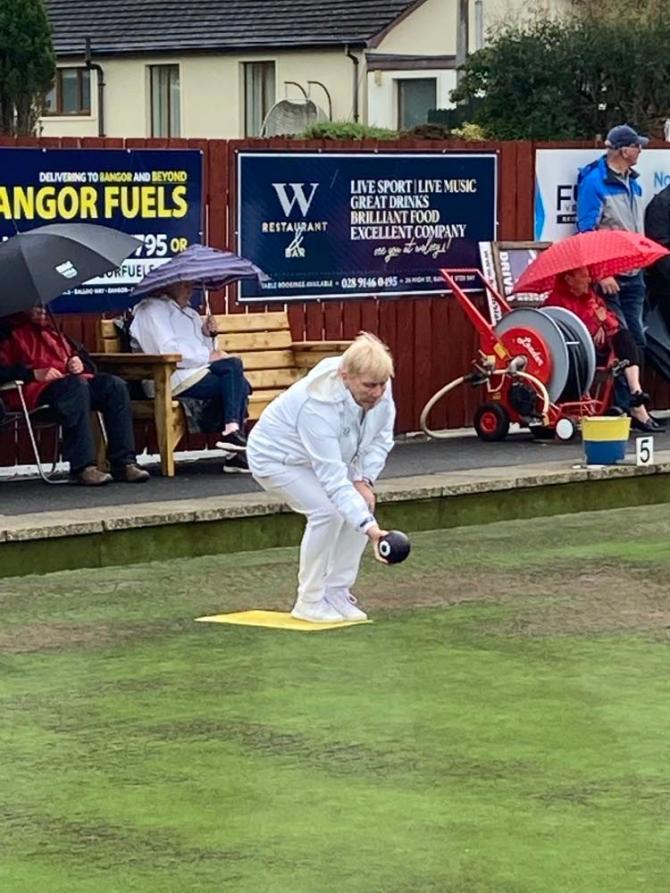 With the current strike continuing and the Lurgan players still having no access to their green, they had another home game scheduled against Lisnagarvey last Tuesday afternoon.

Dungannon very kindly offered their green so therefore the two teams could meet there and complete their penultimate match.

As there was inclement weather forecast for the afternoon it was agreed that the match would be 15 ends instead of the usual 18.

On Rink 1 Eileen Robson and her team started off well and by the 10th end they were leading by 8 shots to 3. This was all to change with 4 out of the final 5 ends taken by Lisnagarvey with a total of 12 shots. The final score was Lurgan 10 Lisnagarvey 15

Rink 2 was skipped by Doreen Wheelan and her team who kept pace with the Lisnagarvey rink up to the 7th end but on the 8th end Lurgan took an impressive 4 shots bringing the score to Lurgan 9 Lisnagarvey 3. Lurgan continued to hold onto their lead finishing with a final score of Lurgan 17 Lisnagarvey 8.

Angela Thompson and her team were on Rink 3 and all players found this to be a difficult rink to play on. At the 10th end the scores were close Lurgan 5 Lisnagarvey 7 but then Lisnagarvey took 3 shots on the 11th end and a further 6 shots in the last 4 ends. The final score was Lurgan 6 Lisnagarvey 16

On Rink 4 Irene Doone and her team had a great match winning 11 out of the 15 ends and finishing with an impressive score of Lurgan 18 Lisnagarvey 5.