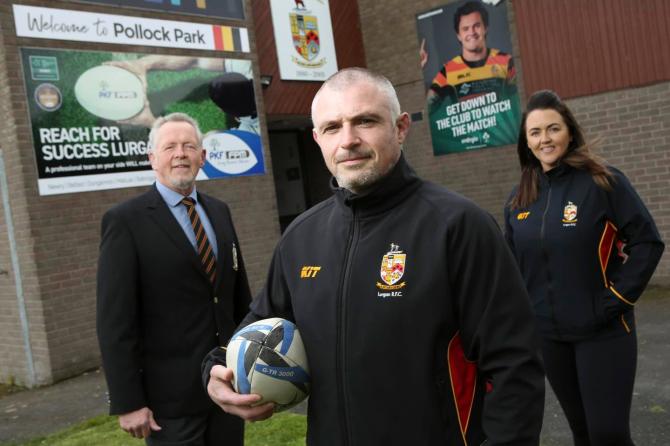 Led by Limavady’s Graeme Eastwood, the Ulster Juniors is a senior men’s squad with players selected from clubs participating in Championship 1, 2 and 3.

They compete in a series, taking on their counterparts from Leinster, Munster and Connacht in the Junior Interpro Championship.

That game against Connacht, on Saturday, May 7, will be played in Lurgan.

This is the first time that Campbell, who will be the forwards and defence coach, has been involved with the Juniors and he has his sights set on winning the inter-pro series.

“I also hope the players can benefit from my coaching and experiences to help them develop,” he told Ulster Rugby’s website.

“Also, I hope to build a positive environment were I can learn from players.
“It's an honour to be a part of the Ulster Juniors setup as a coach, having represented Ulster Juniors at 18. It's a brilliant opportunity to meet new players and coaches.

“Ulster Junior teams have an abundance of talent and I am proud to be representing Lurgan RFC for this inter-pro series.”

This season’s activity will begin with a trial night, with roughly 60 players selected to take part at Rainey OB RFC on March 21.

The coaches will put the players through a series of scenarios and controlled games, before a final squad of 30-40 players is chosen for the inter-pro training squad.

Nine training sessions will be held in the build-up to the first game, which is against Leinster at Carrickfergus RFC on Saturday, April 23.

The squad will travel to Munster on Saturday, April 30, followed by the final game of the series against Connacht.